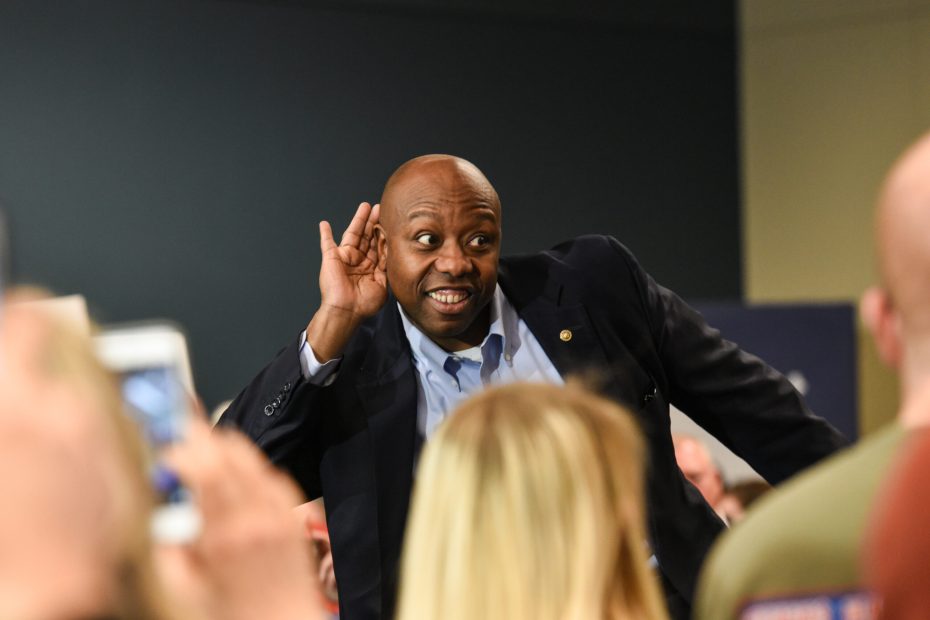 One of my favorite things about the Conservative Treehouse, a fabulous conservative blog, is how they don’t just call RINOs RINOs, but also call those Republicans who pose as being conservative but really are far closer to being Democrats something else: “DeceptiCons,” a moniker that is as excellent as it is perfectly descriptive.

Well, thanks to the watchful eye of those good people at Conservative Treehouse, we have another DeciptiCon to remember to avoid supporting the next time he runs for re-election.

That would be Senator Tim Scott of South Carolina, a Republican that many support but who really needs to be recognized as something other than the conservative fighter he claims to be.

He made as much quite clear in an interview he did with CBS Mornings, saying that the insane FBI raid on Trump’s Mar-a-Lago property needs to “play out” rather than be condemned as the banana republic-type abuse of power that many of his more conservative peers so quickly grasped it as being.

As you can hear in the video, Senator Scott, speaking about the raid, said:

“We need to let this play out and see exactly what happens. But we should have been stunned and surprised and shocked with what happened yesterday.”

Notice the hedging there: he wants to defend the FBI and suggest that they might be right to have raided Trump’s residence, but also doesn’t want to go full Adam Kinzinger and get lambasted by the GOP base.

So he does the DeceptiCon thing: he tosses the base a bone while really just attacking Trump and providing some degree of cover fire for the FBI.

He did the same thing later, again suggesting that the right might have been warranted, which is what the left wants him to admit, while also trying to shield himself from criticism from the base with a few platitudes, saying:

“It has to be of incredible magnitude for at least my side of the aisle to say that was warranted. Without that, I think we’re going to find ourselves in a very big mess as it relates to the credibility of the FBI.”

What a real conservative would have done is leave no opening for suggesting that the raid was right or warranted, as Senator Josh Hawley did on Twitter, saying:

The raid by Joe Biden’s FBI on the home of a former president who is also Biden’s chief political opponent is an unprecedented assault on democratic norms and the rule of law. Biden has taken our republic into dangerous waters

At a minimum, Garland must resign or be impeached. The search warrant must be published. Christoper Wray must be removed. And the FBI reformed top to bottom.

That’s the right response, but it’s not the one that Sen. Scott gave, unsurprisingly.

But such is what should have been expected of Senator Scott; he also backed RINO Senator Lisa Murkowski of Alaska, saying:

We need strong leaders like Lisa Murkowski – someone who has worked tirelessly for the people of Alaska her entire career. Alaska, please join me in supporting @LisaForSenate!