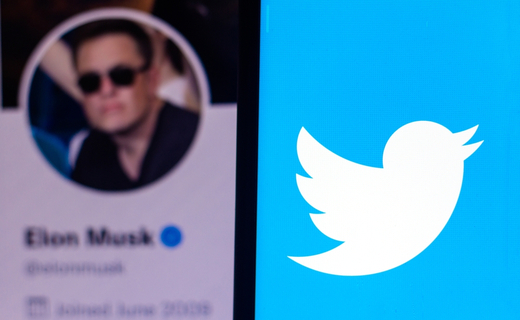 Elon’s attempt to take over Twitter ended in a dispute between him and the company over what percentage of the users of the platform are bot accounts, with Elon arguing that the real percentage of accounts that are bots is far higher than the 5% the company claims it is.

Twitter insists that the 5% number is real, and so is suing Elon to try and force completion of the deal or get the $1 billion break-up fee, which Elon is claiming he doesn’t have to pay because Twitter can’t prove that only 5% of accounts are fake.

It’s an acrimonious fight, albeit one that has been somewhat muted as of late. Elon, however, has reignited it, challenging Twitter CEO Parag Agrawal to a debate over the bot percentage problem.

Elon did so in a tweet response to a thread saying, in part:

mDAU is an ad hoc metric, created to protect Twitter’s interests. No competitor uses something similar.

Then provided outdated data;
Then offered a fake data set (not real “firehose”);
Then provided a cleaned data set where they already suspended the malicious accounts;

Elon apparently agreed with that description of the problem and the events leading up to it, as he said:

Good summary of the problem.

If Twitter simply provides their method of sampling 100 accounts and how they’re confirmed to be real, the deal should proceed on original terms.

However, if it turns out that their SEC filings are materially false, then it should not.

I hereby challenge @paraga to a public debate about the Twitter bot percentage.

Let him prove to the public that Twitter has <5% fake or spam daily users!

He also questioned why the SEC isn’t investigating Twitter’s bot percentage claims, which would be a serious problem for Twitter because it has been providing those numbers to investors, and so could be hit with a fraud claim if it has been lying.

But it gets better. Not only is Elon not backing down on the bot percentage problem and trying to call the SEC’s attention to it, but he’s also apparently been approached about a TV deal for the debate if it occurs.

News on that comes from The Daily Mail, which has reported that an as yet unnamed network and not one but two also as yet unnamed cable channels have approached Elon, wanting to be the network/channel that airs his debate with Parag, which would be awesome.

We’ll see what happens and if Parag agrees. Though he hasn’t yet responded, it would be an opportunity to clear his company’s name and stave off an investigation, particularly if the public gets even more drawn into watching the fireworks between Elon and Twitter.