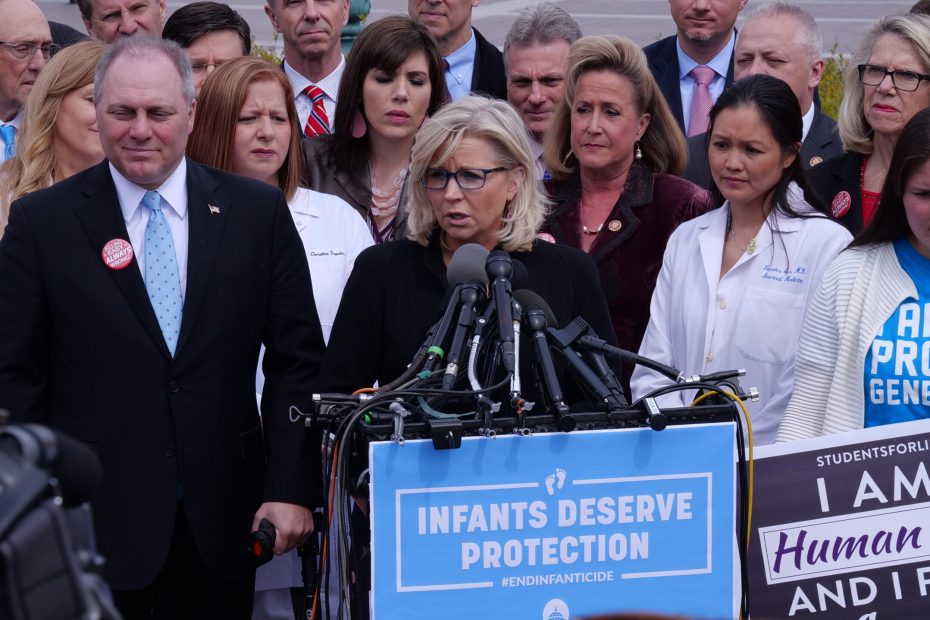 Liz Cheney’s back at it, defending her participation in the witch hunt and kangaroo court that is the January 6th Committee as voters in Wyoming look more likely than ever to ditch her and elect Harriet Hageman to be the GOP candidate in the Wyoming congressional race.

This time, she appeared on CNN (of course) to not only defend her role in the anti-Trump, anti-MAGA committee, but also to claim that the obviously political committee needs to be viewed in a non-political light and to attack her fellow Republicans.

In one part of the CNN interview, for example, Liz said that she’s “proud” of the job the January 6th Committee has so far done and that it needs to be viewed in an apolitical lens, saying:

“I don’t — again, I don’t think about it that way. I think about it more because I think it’s important that the committee’s work not be viewed through a political lens and that’s not how I think about that. I think about it in terms of whether or not we’re reaching people who understand how serious the threat was and continues to be. And I think in that regard, you know, we have done a job that I’m proud of.”

Most real Republicans would disagree, hence why Liz’s congressional position is looking very far from secure.

But that wasn’t the only ridiculous thing she said during the CNN interview. She also defended Milquetoast Mike Pence and attacked President Trump, saying that what Trump wanted Pence to do was “illegal and unconstitutional.” In her words:

“What I would say is that Vice President Pence was a hero on January 6th and that it’s very clear that there was tremendous pressure from a number of different places on him, and he did his duty and he didn’t succumb to that pressure. And if he had succumbed to the pressure, things would have been very different. And so, I think that we owe him gratitude for how he conducted himself and for his refusal to do what Donald Trump wanted him to do, which would have been illegal and unconstitutional.”

She also attacked a Trump official by name and pledged to delve even deeper into text messages and documents, saying:

“Now, certainly as a committee we’ll get to the bottom of that, we’ve been working with Secret Service and the situation has been reported where text messages are not available or were erased off of phones, but we’ve received hundreds of thousands of documents from the Secret Service and significant information from them that the committee is going through…”

In other words, as a red wave in 2022 looks increasingly likely, Liz is doing her best to stop it by participating in the January 6th witch hunt and attacking certain Republican officials in a way obviously meant to make Trump looks bad.

Sounds about right for a Cheney; there must be oil under Mar-a-Lago for how intent Liz and her dad are on taking down Trump.

The most ridiculous moment of all in the interview, however, was when Liz said that she doesn’t think she’ll lose, which is either an outright lie or means she’s truly delusional. Watch that here: