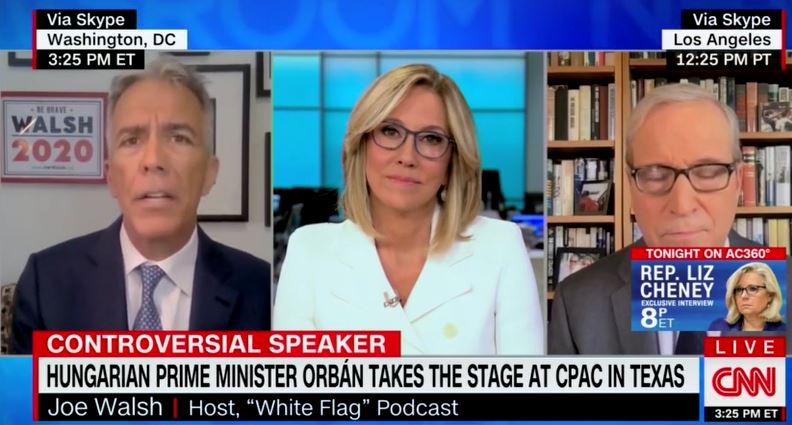 CNN has discovered that Liz Cheney’s position is truly as bad as it seems, with that position looking even worse given her recent, desperate releases of media meant to stimulate Republicans into voting for her: an image of Kevin Costner, the actor that shot and killed someone on set, supporting her and a video of her dad, the warmonger that bathed Iraq in blood, claiming that Trump is a threat to the republic.

Predictably, Republican voters weren’t particularly impressed with a return to the Bush days or with a far-left actor that negligently shot someone (I guess he has that in common with Dick Cheney) supporting her, making her ability to survive the primary attack of Harriet Hageman look even more doubtful.

CNN, in any case, hosted a panel on the subject of Liz Cheney and her primary that, despite the network’s recent rallying around the Trump-hating RINO, was forced to admit that she has pretty much no chance of surviving the primary.

“I’m called a RINO every day and I’m the crazy tea party guy. Every word Dick Cheney said in that ad is spot on. But here is the deal. Liz Cheney is going to lose in a couple of weeks and she’s going to lose soundly.”

This might be one of those rare cases where CNN is actually telling the truth about something. Not only have Trump-backed candidates generally mopped the floor with their RINO competitors, but a recent poll found that Cheney’s challenger, Harriet Hageman, is dominating right now, leading by over 20 points (52 percent Hageman to 30 percent Cheney).

Another member of the panel, CNN political analyst Ron Brownstein, noted the massive change behind the Democrats are now backing Cheney and supporting her father, someone they used to hate more than almost anyone in the Republican party.

Commenting on that and making the issue, predictably, one of “diversity,” Brownstein said:

“It was only 15 years ago that Cheney was considered the conservative end of the GOP. Democrats called him Voldemort, right.

“And now because he ascribes to a vision of conservatism, on strong government and strong national defense as opposed to this sense of grievance about being displaced in a changing and diversifying country, he’s kind of, you know, on the outs in this – in this party.”

Watch them melt down over Liz’s Electoral chances here:

Funny stuff. Particularly because, as Brownstein noted, the Cheneys and their warmongering used to be the sum of all evil to the looney left. Now the bad orange man is the “evil” has shifted, so Cheney types are their allies in the fight against the MAGA wing of the Republican Party and the people that support it.