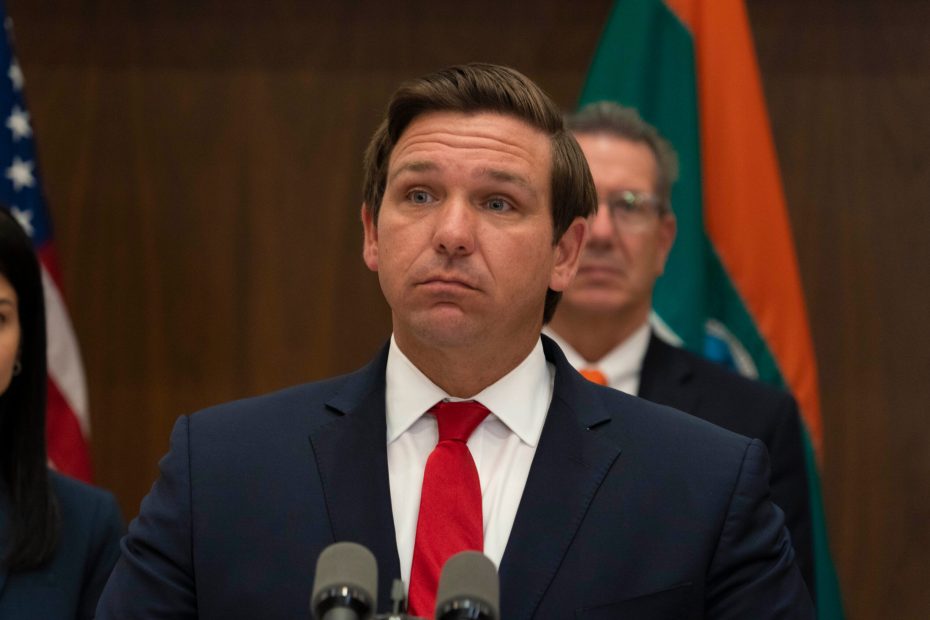 Florida Governor Ron DeSantis has somehow managed to turn his state from the laughing stock of the union, the horrid swamp full of “Florida man” types and mosquitos routinely mocked online, into perhaps the most thriving state around, one that’s the shining light on the hill and embarrassing all the depressed denizens of blue state hellholes.

And now he’s really ramping up his fight to keep a hold on the Governor’s mansion, swatting down Democrat challengers as they try to rally people against him and the leadership that pushed their state to the #1 spot.

Understandably, that’s a tough sell for the Democrats, as DeSantis has done a great job and every state ruled by the left has gone downhill recently, not only thanks to Covid but also because of springing criminals from the clink, handing out welfare checks that make it even harder for businesses to find employees, and decriminalizing drug use and homeless people camping on the streets, leading to human waste and heroin needles covering the streets of once-great cities.

But, still, the Democrats are trying to oust DeSantis, so he’d fighting back with an epic ad, one that highlights his achievements and shows just how much better he is than that gang of wackos and their demented policies. Watch the ad, titled “Dear Governor” here:

As you can hear and watch in the video, the ad focuses mainly on letters from Floridians expressing support for what a good job he’s doing, particularly during the first half of his term when he kept Florida free during the Covid craziness. Those letters include such lines as:

“Without your leadership, we wouldn’t have been able to stay open.”

“Because of you, my child has thrived through this pandemic.”

Interestingly, DeSantis has decided to run the ad both on TV, as is traditional, particularly for reaching typically older Republican audiences, and digitally.

Now, perhaps he’s just running it digitally to catch all the people that have cut the cable over the past few years, tired of paying for TV only to find nothing good on it.

But, on the other hand, his decision to blast the ad digitally could be a hint that he’s still at least considering a 2024 run, even as it looks more and more likely that Trump will run. DeSantis’ Covid record is undoubtedly stronger than Trump’s, even if Trump is still the clear GOP favorite (and for good reason: he’s awesome and a proven fighter).

So, with DeSantis stronger on that topic than anyone, perhaps he’s pushing the ad digitally so that people nationally catch a glimpse of it and remember how well he did on that issue and others, giving him another step up in the runup to the 2024 primary and election. Maybe not, but it sure does seem like DeSantis has big plans that this ad is helping forward.

Plus, it’s mostly positive, which could be his attempt to look nicer that the typically acerbic Trump.

Either way, it sure is fun remembering DeSantis’ ability to torch the left.