Is this Why She Went to Taiwan? Watters Suggests Stock-Based Corruption at Root of Pelosi Trip 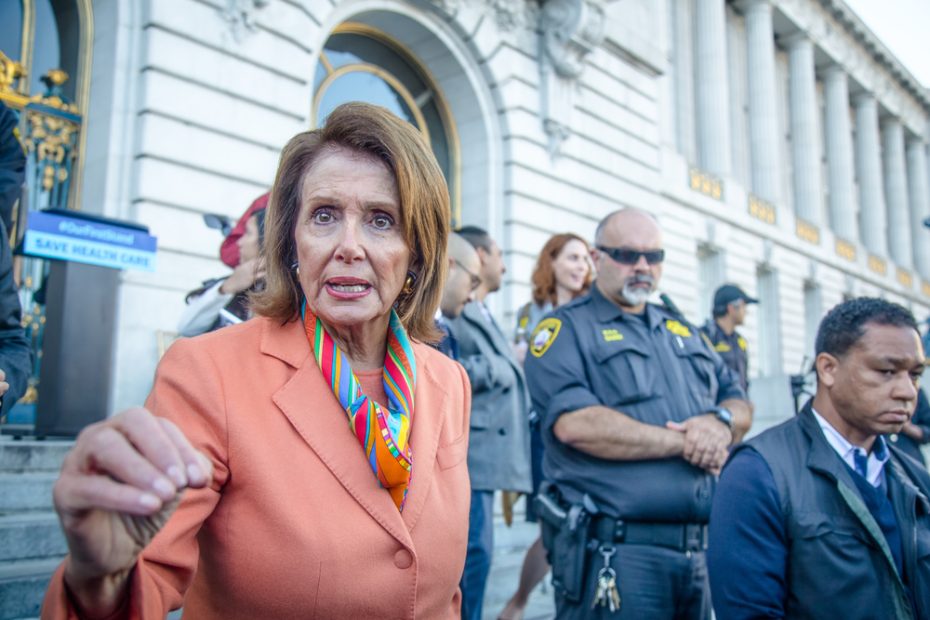 What’s the “why” behind Pelosi’s recent trip to Taiwan? Was it because she’s suddenly a China hawk, as she probably wants us to think? Is it because she wants to push us into a war that will weaken America, as Tucker suggested? Or is it because she’s corrupt and wanted the next hot stock tip to pass along to her stock-trading husband?

According to Fox News Channel host Jesse Watters, who did a long segment on the Taiwan trip during a recent episode of his show, it’s the latter.

He said as much after highlighting Paul Pelosi’s business interests in China and Nancy’s recent record, saying that both stocks and wanting to distract the world from her husband’s DUI might have been the reasons behind the surprising trip.

He began with the idea that the trip might be a distraction from the DUI situation, saying:

“No better time to be in the hot spot of the world then days before Nancy’s husband goes to court for his DUI, where the media is just going to black out the story to make room for puff pieces like this one on Nancy’s legacy as a China hawk.”

Moving on, he turned from that suggestion to the claim that a thirst for stock tips to pass along might have been involved, saying:

“And if the Pelosis are involved, you can bet money is too. We know the tides are turning in Silicon Valley after years of getting rich thanks to Beijing. The money is migrating out of China now. Taiwan is the new hub for American tech manufacturing and all the far east countries she hits, Singapore, South Korea Japan, this is where American companies are putting their new supply chain.

“That is why Nancy is island-hopping. And now we are learning this. ‘Washington Post’ is reporting tonight that Nancy is set to meet with the largest semiconductor manufacturer in Taiwan. Of course. A company called TSMC, they make chips for all the big guys like Apple, and the Pelosis own plenty of that stock. Is this a surprise? No, it was all part of the plan. That’s why Papa Paulie was buying up shares in chip companies like NVIDIA right before Nancy went to Taiwan, which —  that stock, by the way, up 25% in just a month.

“The Pelosis are always looking for a new investment opportunity and Nancy seems to be the brains of the operation. Our own Charles Gasparino is reporting on some serious Wall Street chatter that Paul Pelosi is gaming the markets to make a few bucks, he is shorting the S&P, and rumors say Paul’s trading colors everything Nancy does. Just a rumor. So expect Nancy to come home with some hot tips.“

So all just rumors and speculation, but the idea that it’s quite believable is depressing, showing the sad state of things in our political class.

Watters isn’t the only one to suggest that a bit of stock-market rigging might be going on. Former President Trump did as well in a scorching Truth Social post about her visit, saying:

Why is Nancy Pelosi getting involved with China and Taiwan other than to make trouble and more money, possibly involving insider trading and information, for her cheatin’ husband? Everything she touches turns to Chaos, Disruption, and “Crap” (her second big Congress “flop” happening now!), and the China mess is the last thing she should be involved in – She will only make it worse. Crazy Nancy just inserts herself and causes great friction and hatred. She is such a mess!!!