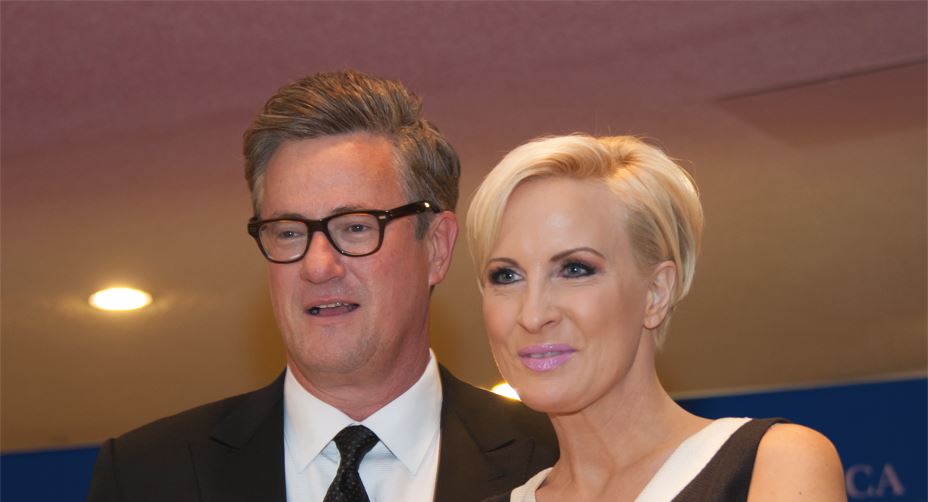 What’s it called when one sides against Democrats in a catchy or otherwise effective way? “Fascism”, apparently, as that’s what the clucking hens on MSNBC said while discussing the MAGA movement.

In fact, two different MSNBC programs yesterday threw the “fascist” accusation at MAGA, both when discussing January 6th and when discussing the Eric Greitens ad that drove the left crazy.

First up was an MSNBC guest, Miles Taylor, who went wild when discussing Trump and the rise of Republicans today, comparing their doing well in the polls to the rise of Hitler, saying:

“The violence here is really, really, the sort of crux of all of it. My friend Alex Vindman always says that there are so many people that are still silent because the intimidation actually works.

“It’s not hyperbole to draw those comparisons because we saw very similar behavior happening that was founded on, guess what, on a big lie, on a big political lie that led to that type of violence. I worry, especially, about the Republicans retaking the House and the Senate in the fall and potentially the return of Donald Trump because he is going to be on a vindictiveness tour, on a revenge tour against his political opponents. We have seen it before in history, we need to be guarded against it now.”

Two quick points: 1) Yes, it certainly is hyperbole to compare Trump to Weimar and 2) the person who most recently attempted a “political assassination” was a leftist attempting to kill Supreme Court Justice Brett Kavanaugh, so there’s that. He also didn’t bring up the BLM and Antifa street fighters that Kamala Harris helped bail out of jail.

But Taylor wasn’t the only one throwing the “fascist” accusation around MSNBC yesterday. Joe Scarborough did as well when discussing the Eric Greitens “RINO hunting” advertisement.

He began his pearl-clutching by saying “You have Greitens going in and kicking down a door with guns and tells everybody to follow him. And RINO is basically, again — “.

Then, after ranting about terrible it is that weak Republicans are called RINOs, Scarborough hurled the fascist accusation at Greitens, his ad, and those who use the term “RINO”, saying “Again, this is fascism.”

Scarborough reitierated his “this is fascism” claim twice more in quick succession. He first did so by saying “I tried to bring this up, and there were a couple people that were being polite yesterday going, ‘Well, you know, maybe we shouldn’t call it fascism. I don’t know whether it is fascism.’ It’s fascism.”

He then did so again moments later, saying “This is fascism. It’s using violence and violent imagery to basically tell people, ‘Vote for me. A civil war is coming.‘ You know, it’s — it’s where we are. It’s where the Republican Party is right now. Every Republican needs to call this out unless they want fascism to continue to rise in their party.”

So apparently jokes are “fascism” now. Here’s the Greitens ad, for reference: