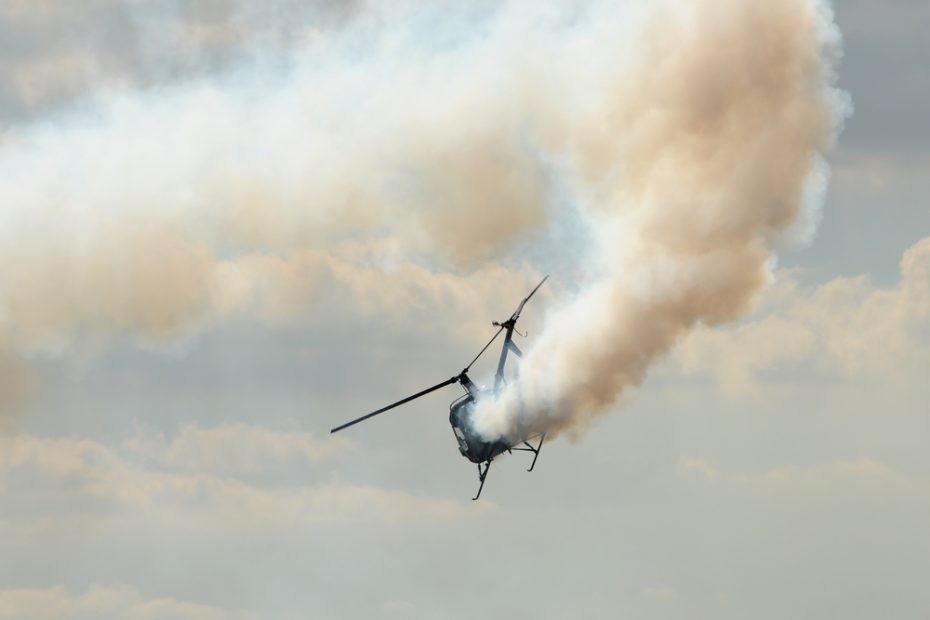 A vintage helicopter that was used in movies including Die Hard and Baywatch has crashed at an event killing all 6 passengers.

The vintage Bell UH-1B chopper nicknamed Huey had an extensive history behind it. It was produced in 1962 and saw combat in the Vietnam war. Huey then became a Hollywood star, with the owner’s website listing a variety of shows and movies the helicopter was used as a prop in, including Mars Attacks, The Rock, and Bent Arrow.

Huey crashed onto the road on Route 17 in Logan County, West Virginia last night. A fierce inferno engulfed the cockpit as the chopper smashed into the tarmac from a high altitude.

The fire was still burning when firefighters arrived on the scene to try to rescue the 5 passengers and the pilot. Witness Bobbi Childs said she struggled to get to one of the passengers who was “trapped” behind the door:

“You could see him plain as day. I tried to get to him, but the fire was too hot. I couldn’t get to him,” he told 13News.

The fire was extinguished by firefighters at around 5pm that evening.

It is thought that all 6 perished in the crash, either upon impact or in the fire, although the full details of what happened are not yet known.

“Cathy and I are praying for the families of those killed in this tragic helicopter crash”.

Chief of operations for Logan Emergency Management said the crash was one of the worst he had ever seen, and that he had not witnessed any “crashes of this magnitude”.

The cause of the tragedy has not yet been confirmed. While the weather conditions were reportedly clear, it appears Huey could have been piloted by someone with no flying experience at the time of the crash.

The website for the special event advertised as the 7th Annual Huey Reunion invited guests who had no flying experience to fly the vintage chopper for $250:

“Take the right seat and YOU can fly N98F!” reads the website.

“You DO NOT need to be a pilot to make a reservation to fly!

The identity of the 6 victims has not yet been made public but it is thought none of them were local to the area.

MARPAT Aviation, who organized the event said Huey was “quite probably the oldest Huey in the world.” It was based at Logan airfield and was regularly used for tourist flights.

The Huey choppers has a strong following among Vietnam war veterans and aviation enthusiasts. This particular helicopter was used in the Vietnam War in 1962. It was piloted by the 114th Assault Helicopter Company who were known as ‘The Knights of the Sky’.

In 1971, Huey returned to the US where it did a stint in the fire service and then as an agricultural aircraft. It made cameo appearance in numerous hit shows and movies including Die Hard, Baywatch, Mars Attacks, Under Siege and More American Graffiti.

Further updates from an FAA investigation are expected later today.