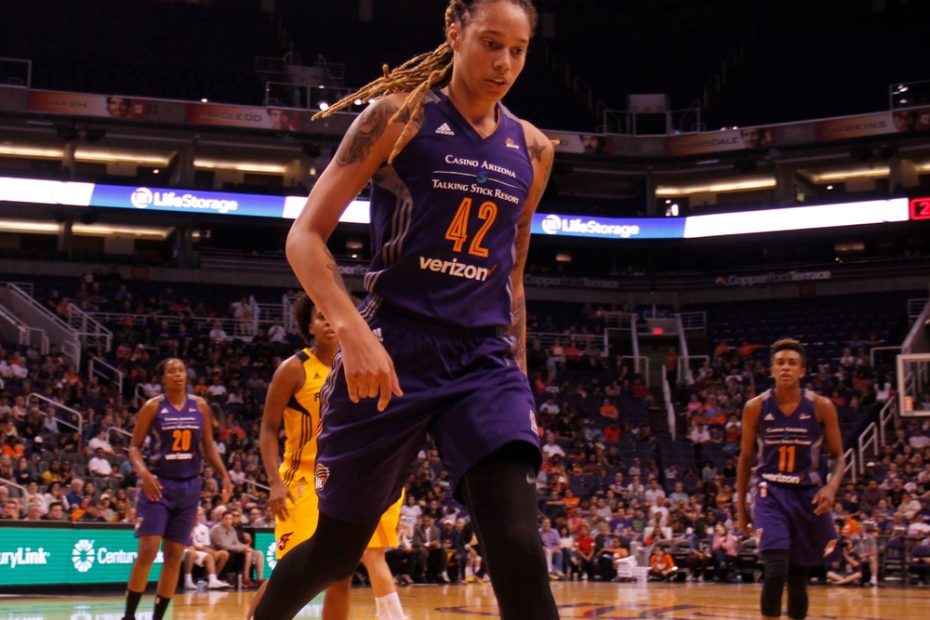 It seems as if Brittney Griner will never make it back to America. I wonder if she will have a renewed love for her home country of the United States after her extended vacation at the Moscow Graybar Hotel. Probably not.

However, that is where we are in 2022. Just one more reason to NOT act like a spoiled American if you are overseas. There is nothing to indicate our government will lift a bony, old finger to help.

It looks as if Griner’s spouse is starting to get impatient. Per Outkick:

Cherelle Griner, four-year spouse to WNBA star Brittney Griner, spoke with the US government regarding a scheduled call with the basketball player, who is under wrongful detainment in Russia after getting caught with THC vape cartridges at an airport.

With the two celebrating their fourth anniversary on Saturday, the phone call was scheduled in coordination with the US Embassy in Moscow.

The call reportedly never came to be … Griner desperately attempted to get ahold of the US State Department but was left on silent.

According to the Associated Press, the call never reached Cherelle despite Griner making 11 calls to the departments at the helm of the scheduled call.

Per the outlet, the US Embassy was unstaffed on the day of the planned call.

This administration is such an abject failure that it couldn’t even properly coordinate a phone call from the Embassy in Russia. What a disgrace.

Brittney Griner tried to call her wife nearly a dozen times through the U.S. Embassy in Russia on the couple’s fourth anniversary Saturday, but they never connected since the phone line at the embassy was not staffed, Cherelle Griner said Monday. https://t.co/KlC8uD3BDJ

Part of me feels like this is just karma holding Griner until her bill is paid for being a bad citizen and ugly American, but she is still an American and the Biden White House owes her better than a botched phone call.

Cherelle said she was in deep despair after failing to hear from the US government in her talks with the AP. Cherelle said that she’s “fed up” with the lack of updates on Griner’s well-being. The call would have been the first contact between the two since Brittney was detained four months ago.

She added that despite hearing commitments to meet with President Joe Biden to aid the effort to bring Griner home, she’s losing hope of ever reaching that point.

“At this point, it’s starting to feel like a no,” she said.

Griner is facing up to 10 years in prison.

She is not wrong. How is Joe Biden going to be trusted to contain the border, tame inflation, defeat covid, bring down high gas prices, not draw us into a third world war, and ride a bike if he can’t even handle brokering a call?

Short answer of course is he can’t be. Cherelle Griner is learning what we already know. For the time being, at least, we are on our own, and there is no white knight waiting to ride to our, or Britney Griner’s rescue.

This story syndicated with permission from robm, Author at Trending Politics