BOOM: Here’s Why Democrats Refuse to Deal with the Crime Issue 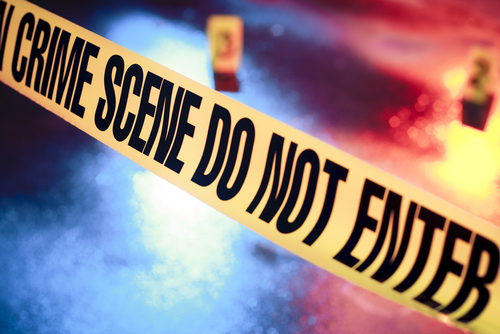 What’s behind the Democrat refusal to deal with cleaning up the cities and states they control? Surely, if they really cared about all those “people of color” that they profess love for in almost every announcement and statement, they would stop the slaughter of such people in the charnel houses and Baghdad-like blocks of America’s inner cities.

Yet they don’t. Instead, they talk about either defunding the police or moving funding from police to social workers, pretending that some clipboard-wielding Karen can do the same job as a police officer in bringing down crime.

All that’s to say, the Democrats are obviously quite soft on the crime issue, as Fox News channel contributor Leo Terrell pointed out when speaking with Sean Hannity recently, saying:

“I’ll tell you why: because the Democrats did not prioritize crime in the city. That’s their base. And Sean, you scroll those names every day and let’s not forget the two officers who were murdered in L.A. County.

“The bottom line is simply this. The Democrats are soft on crime.“

Continuing, Terrell went on to blast the Democrat claims about what’s really causing crime and, rejecting those excuses, placed the blame firmly on their shoulders, saying:

“They want to claim that there’s systemic racism and systemic discrimination, but in those five democratic cities, you people of color being killed by people of color and by different other groups.”

“And yet Democrats won’t do anything about it. Why? Because that’s Black Lives Matter. That’s Antifa. And what do you have? You have soft on crime prosecutors.”

Giving examples of what he was calling out and explaining the “why” of their soft on crime policies, Terrell then said:

“You have a mayor in New York City, Sean, who likes to party. The bottom line is simply this, the people who the Democrats allegedly care about, people of color in these democratic cities, they don’t care about them. It is not addressed the issue because if they address the issue, Sean, they would have to acknowledge that they do not care and are doing nothing to stop this.”

Unfortunately, Terrell didn’t also bring up Mayor Gavin Newsom, who has gone beyond even the usual nonsense and is now blaming red states and cities for the murder and crime problem, saying:

There are cities all across the country with those same issues. What’s interesting is how focused we are on a number of California cities. I mean, there was just an analysis of the 65 cities with the highest murder rates. California had two cities. L.A. and San Francisco weren’t even on the list.

And two-thirds of the cities were in Republican states. I mean, you look at the murder rates in the United States of America — this is not to abdicate any of our responsibility here in California — we own it, and we have to take responsibility for doing more, better, but what’s going on with the red state murder problem in America?