Adam Schiff Gets Confronted For Controlling Trump Narrative, And For Not Listening To Witnesses Who Would ‘Challenge’ His View 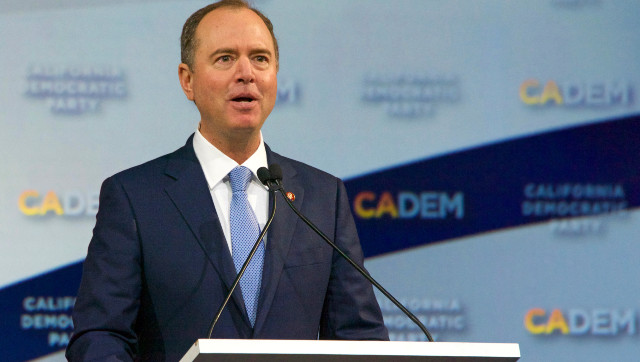 CNN host Dana Bash asked Rep. Adam Schiff (D-California) about why the House committee on Jan. 6 is not listening to witnesses who could potentially contradict the committee’s current narrative about the U.S. Capitol riot and ex-President Donald Trump.

WATCH Schiff groveling during opening statement of day 4 in hearings:

At the conclusion of Schiff’s interview on CNN’s “State of the Union,” Bash pointed out that each and every public witness the Jan. 6 committee has called so far has only backed up the committee’s narrative.

You know, it’s almost like Schiff and his ilk are biased and are only pushing their own side of the story in order to punish Trump and anyone who follows him as a means of discouraging them from lending him their support in the future.

“Why aren’t you calling witnesses in a public way who might challenge the committee?” Bash asked during the interview. “Is that intentional, because you don’t want to deviate from the storyline that you’re trying to present to the public and, of course, potentially to the Justice Department?”

Schiff disputed claims that it was “intentional” and said the committee was prepared to hear from any witness with “relevant evidence”. But he did not say if the committee did, in fact, hear from witnesses who contradicted their storyline.

“So, like, why not subpoena Mike Pence, for example?” Bash responded. “I know you asked him to testify voluntarily. That didn’t happen.”

That is a very good question, Dana. Wow, you’re like, doing your actual job as a journalist right now. Amazing.

The January 6 committee will not be “taking anything off the table,” Schiff declared, “in terms of witnesses who have not yet testified.” He said there were several “high-level” people the committee would be interested in speaking with but refused to identify them and whether they would be providing testimony challenging the committee’s narrative.

Ultimately, Schiff conceded that the ex-Vice President Mike Pence was “certainly a possibility.”

The series of questions from Bash exposed a problem that former federal prosecutor Andrew McCarthy drew attention to last week, which is that the committee conducts its public hearings in a manner similar to a kangaroo court.

And earlier in the interview, Bash blasted Schiff after he asserted that the Jan. 6 committee had evidence that Trump was involved in a scheme to overturn the 2020 presidential election.

Schiff argued that the committee “will show evidence of the president’s involvement in this scheme.” But despite the fact that Bash pressed several times on whether the committee had any evidence showing that Trump masterminded it – asking that, as a matter of fact, three times – Schiff repeatedly evaded the question.