“That’s Now In The Hands Of The FBI”: New Hunter Biden Texts Shed Light on Yet Another Hunter Biden Controversy 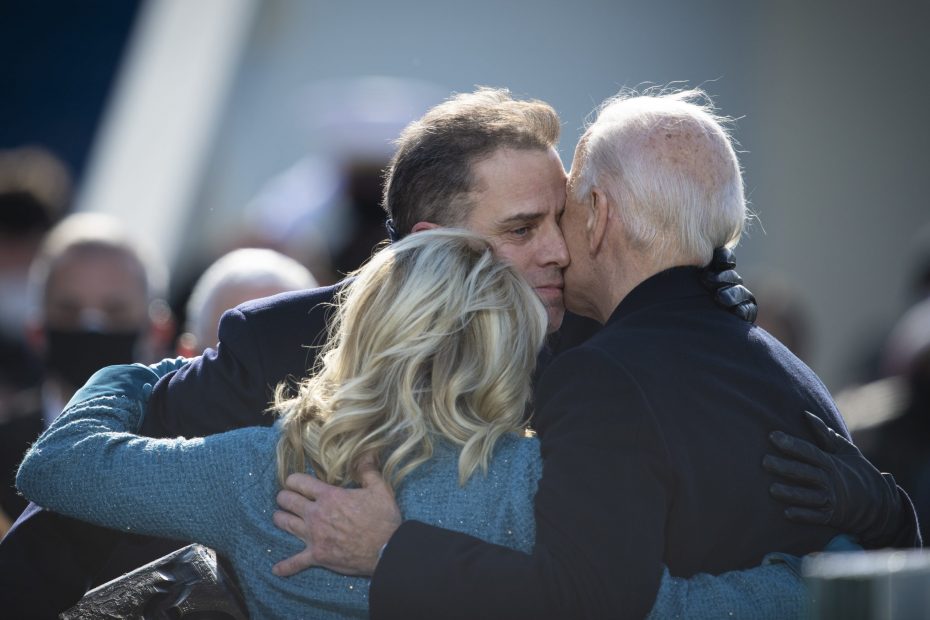 Remember hearing the story about how Hunter Biden lied on a background check form to buy a handgun, bought the handgun, lost it when his crazy lover, who happened to also be his sister-in-law, tossed it into a dumpster, and then the ATF had to get involved in tracking it down so that someone wouldn’t commit a crime with a gun registered in the name of Biden’s son, particularly since Biden’s son wasn’t supposed to even be allowed to own a gun in the first place?

Well the Washington Examiner does and it, after having gained access to Hunter Biden’s laptop, searched through his texts and caught him in another lie related to that incident.

You see, in one of the texts, at least according to the Washington Examiner’s report, Hunter laments that his sister-in-law’s tossing the gun into a dumpster meant he was under investigation and that the matter was “in the hands of the FBI.”

The Examiner, reporting on those texts and that incident, reports that:

Hunter Biden berated his sister-in-law Hallie Biden and accused her of ruining his life after he learned she had thrown his gun in the trash near a Delaware high school in October 2018, newly revealed texts from a copy of his abandoned laptop show.

Hunter lamented that Hallie, the widow of his brother Beau, had given the impression he’s “an abusive pedophile with homicidal tendencies” and said that “that’s now in the hands of the FBI.” He said police and the bureau opened an investigation into him over the incident. The Secret Service also inserted itself into the saga, according to other texts from Hunter, although the agency has denied involvement.

“Beau owned a handgun issued by the state and I[t] was in the front glove compartment of his car. So f*** you … What right do you f***ing have Hallie,” Hunter said in the Oct. 23, 2018, text exchange, just hours after Hallie discarded his gun. “There are 5 guns in dads house. There are f***ing more weapons in your sons room then in an armory.”

Hunter told Hallie her actions made it look like he had “threatened you and your family with a gun.”

“I hate what you’ve done to me,” Hunter said. “I won’t ever recover from all of this.”

In another text Hunter laments that the Secret Service had to get involved, saying, as the New York Post first reported in 2019, that:

“She stole the gun out of my trunk lock box and threw it in a garbage can full to the top at Jansens [sic]. Then told me it was my problem to deal with,” Hunter said. “Then when the police the FBI the secret service [sic] came on the scene she said she took it from me because she was scared I would harm myself due to my drug and alcohol problem and our volatile relationship and that she was afraid for the kids.”

Beyond just the drama of the president’s son seeming more like a modern-day recreation of Elagabalus, perhaps the worst and most degenerate of the Late Roman emperors, the story is important because it catches Hunter Biden in a lie.

Jonathan Turley noted that in an excellent piece on the subject, saying that:

Years later, Hunter went on a media tour over his new book, “Beautiful Things.” The interviews were largely fawning and avoided past scandals or follow up questions. However, in one interview, CBS News’ Anthony Mason on “CBS This Morning asked Hunter about the gun incident and why Hallie thew the gun away. Hunter responded “I think she … yes. Yeah, I think she was just concerned about me” and went on to say that “my life was difficult. … Hallie’s intent was to, to make certain that I didn’t do anything to hurt myself.” He added:

“W​e knew that the​ gun​ was los​t,​ that Hallie had thrown into a trash can​. A​nd I told her ​you can’t do that when I realized that it was gone. And so she went back​ again and then they, the police​,​ came to help retrieve the gun, which was retrieved, someone had gone to the trash and picked it up and they found it within hours, I believe. And so that was the end of the story.”

That’s a lie. As the above text shows, Hunter knew the FBI and Secret Service were involved; he texted about it. But then he lied when asked about it because of the obvious implications of special treatment if he said otherwise. That certainly fits with the character of the Biden brood.