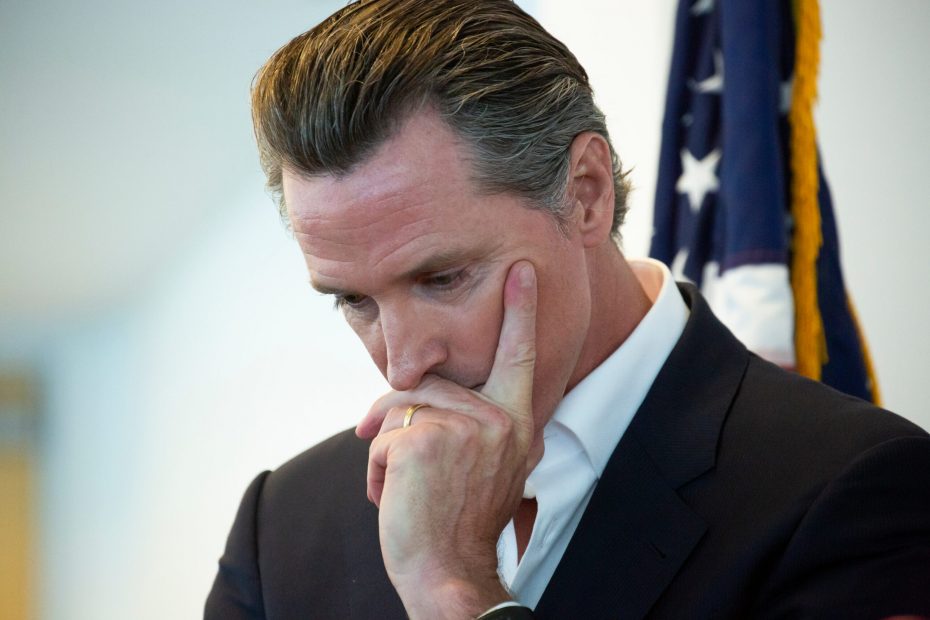 What Democrat will run for the presidency in 2024? Well Biden has said that he will unless his health fails him, but as he already seems senile and like his health has failed him, that might just mean he’s not running again.

Then there’s Kamala, who seems the natural choice for Democrats not only because she’s the current Vice President, but also because she’s a black woman. But while she has that going for her, she’s utterly unlikeable, having a lower approval than Dick Cheney at the height of the Iraq War…after he shot a guy in the face.

Beyond those two, who might run? Mayor Pete? No. According to Fox News contributor and Townhall reporter Katie Pavlich, the answer is “obvious”: it’s California Governor Gavin Newsom.

Pavlich said as much during a Fox News panel on the governor’s creation of a Truth Social account, saying:

“I think it’s pretty obvious that Gavin Newsom plans on running for president in 2024, which is why he’s going to President Trump’s social media platform to try and take him on early, should he decide to run as well.”

That’s much the same as what Politico suggested in a recent article about the California Governor’s likely 2024 bid, saying:

If Newsom truly has no presidential aspirations, his rhetoric doesn’t show it. The governor is known for bashing Republicans across the country (particularly those in Florida and Texas) and often positions California — and himself — as a national defender of liberal values. He’s not afraid to go after state and federal laws that he deems unsavory, he talks up California’s successes on national daytime television, and he posts contemplative photos of himself reading banned books to needle political opponents.

Newsom, for his part, framed his joining Truth Social not as groundwork for a presidential bid but instead as a way of combatting “Republican lies”, saying, in a video released on Twitter:

“I know we’re all on this platform in search for the truth. But the truth is I’ve not been able to find a simple explanation for the fact that we have a red state murder problem.”

He added that the “question is simple. What are the laws and policies in those states that are leading to such carnage?”

In the tweet in which he released the video, he said:

I just joined Trump’s Truth Social. Going to be on there calling out Republican lies. This could get…interesting. My first post — breaking down America’s red state murder problem. https://truthsocial.com/users/realgovnewsom40/statuses/108485154625673944

Going to be on there calling out Republican lies. This could get…interesting.

So perhaps we’ll get to see Greasy Gavin fight either DeSantis or Trump in 2024 and try to defend his record in California, a state decimated by crime, wildfires, and high prices. Perhaps he can strain the oil from his slicked-back hair to solve the gas price problem if he wins the election, though California gas prices suggest that he won’t.