Dramatic Fall: Brian “The Potato” Stelter Forced to Work for Disney World as Mr. Potatohead after Being Fired from CNN 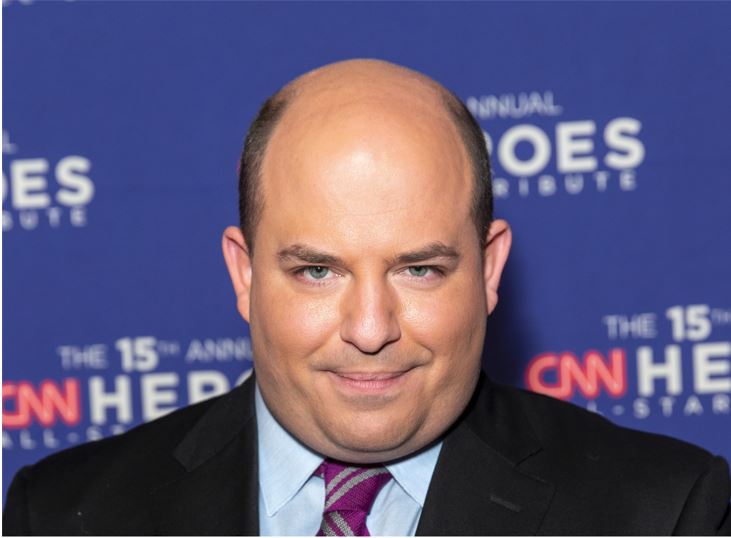 Things have gotten awkward for Brian “The Potato” Stelter, who was recently laid off in CNN’s thorough round of cost cuts and layoffs meant to remind employees that 1) they are employees, not liberal gods among men and 2) that they need to get with the new management’s program, which means they need to do what management wants.

And what is it that management wants? For them to do a good job at their jobs and stop being so obviously partisan that literally no one can take them even the slightest bit seriously, something Brian Stelter was known for.

So, Brian was turned out on the streets, left to find his own way in a cold, cold world that wanted nothing to do with him after finding out he was too liberal and bad at his job to even find employment at CNN.

Fortunately for him, Disney is woker than CNN and, as the new, gay Buzz Lightyear movie shows, has let quality control fall enough by the wayside that it would employ someone of Stelter’s caliber.

And so it did so, picking the former star of CNN up for the rock bottom price of $7.25 and hour, the minimum wage.

That’s because Brian isn’t going to be a spokesman, actor, or otherwise important personality for Disney. Rather, he’ll be working as Mr. Potatohead in Disney World’s MGM Studios, which has a Toy Story-themed ride.

Disney CEO Bob Chapek, speaking on the new hire and what Stelter would be doing, said:

“Well it was an obvious choice for Brian. Democrat, Independent, or Republican, we all refer to Brian as Mr. Potatohead. It’s what he looks like, what he’s known for, and what we think he should be doing.

“Further, it will reap massive cost savings for the company, which is important for us given how things have gone for the company in the wake of our spat for DeSantis. That’s because now we don’t even have to costume Brian up, much less pay him the extra dollar an hour necessary to induce him to stand in a sweltering suit for hours in the hot Florida sun.

“Nope, because Brian looks like Mr. Potatohead already, all we need to do is just push him out into the park and wear a Disney badge and people know what to do. The kids love it because they think they’re seeing their favorite Toy Story characters, the parents love it because they get to see Stelter humiliated, and we love it because we’re making money. Heck, even Governor DeSantis came to the park to take a picture with Stelter! Maybe it will even lead to a rapprochement with the state government!”