CRAZY: CNN Leftist Wants to Lock Trump Up for “Incitement to Rebellion” 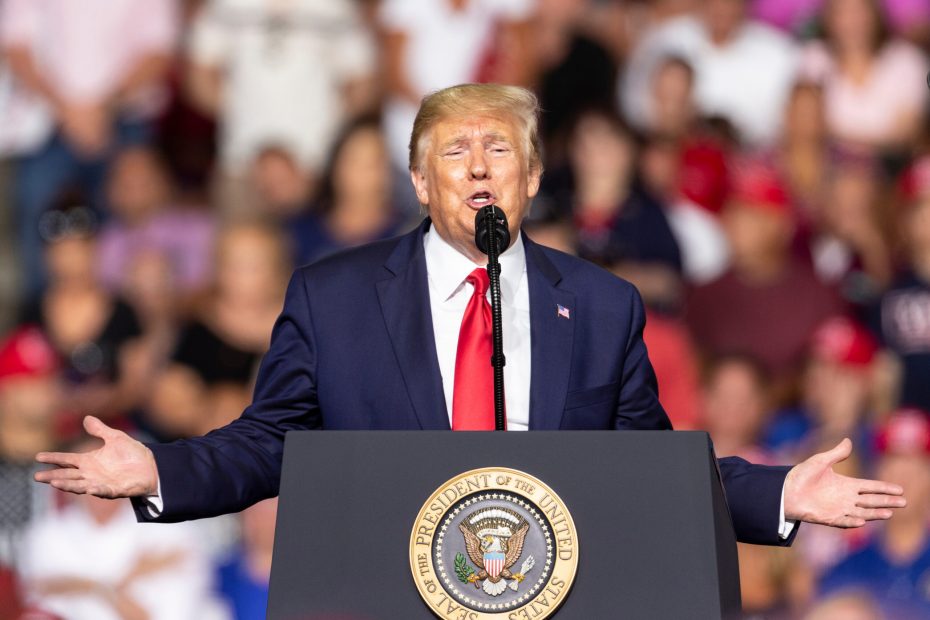 Former FBI specialist and current CNN analyst Asha Rangappa took to Twitter to claim that Trump should be locked up for incitement to rebellion, presumably because he told his supporters on January 6th that he knew they would be “peacefully and patriotically making [their] voices heard”. Not quite the firebreather rhetoric of the pre-Civil War days, but according to Ms. Rangappa it qualifies.

She said as much in her Twitter thread on the subject, going loco and saying, in response to a ridiculous tweet arguing that the 2021 Trump impeachment was just and should have resulted in a conviction (emphasis ours):

Indeed, the hearings have actually presented enough evidence, IMO, charge Trump with (incitement to) rebellion, 18 U.S.C. 2383, the criminal analog of what he was impeached for. The impeachment committee presented a circumstantial case, but now we have a causal link, to wit: 1/

We learned yesterday that Trump KNEW, by January 5, that Pence was *not* going to go along with the Eastman plan. But he released a statement to his supporters telling them that Pence was “on the same page” and ready to reject the slates of electors from several states 2/

This reveals not just an intention to pressure Pence, but also to psychologically prime his base — especially the ones coming to D.C. — and raise their expectations that Pence would overturn the election (knowing otherwise). 3/

He reinforced this expectation in his speech at the ellipse, telling the audience *repeatedly* that Pence just had to “do the right thing” and that they would all be “happy.” Remember — Pence couldn’t hear that speech, that was intended for his followers. To get them riled up 4/

Having gathered this dry tinder at the ellipse, and having made them believe that Pence would deliver — despite knowing full well he was’t going to — he sends them off to the Capitol. To repeat: HE directs them to march on the Capitol 5/

The critical piece of evidence we heard yesterday is that AFTER Trump knew that the Capitol had been breached, he tweeted out to his followers that Pence had failed them because he didn’t have the “courage to do what needed to be done.” He knew this would light the fire 6/

And the direct relationship was clear from yesterday’s videos. Right after Trump sent the tweet, the mob reacted *directly* to it, booing Pence, and saying explicitly that that was the reason they were storming the Capitol. We know that the Proud Boys were ready to kill Pence 7/

What’s important about 18 U.S.C. 2383, rebellion and insurrection, is that it carries as its penalty a prohibition from holding any office (including as president). The other crimes which have been floated, e.g. conspiracy to obstruct/defraud, don’t. So it’s worth considering END

For reference, the USC provision that she repeatedly cites provides that:

Whoever incites, sets on foot, assists, or engages in any rebellion or insurrection against the authority of the United States or the laws thereof, or gives aid or comfort thereto, shall be fined under this title or imprisoned not more than ten years, or both; and shall be incapable of holding any office under the United States.

It’s that last paragraph in her threat that’s the important one: she wants to stop Trump from running, as all those accusing him of “insurrection” or “rebellion” do, and so is using the charge to try to stop him from running and beating Slow Joe Biden in 2024.

Either that or she thinks that everyone who has encouraged friends or family to “peacefully and patriotically” protest is a rebel, which seems unlikely given that she isn’t bemoaning Kamala Harris not being locked up for encouraging the BLM riots.