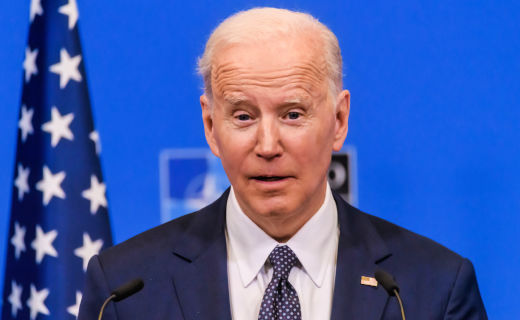 Harry Enten, the CNN senior data reporter, claims that Biden is doing worse on inflation than Jimmy Carter. Enten is certain that the American people blame Biden for the skyrocketing inflation rate.

Anderson Cooper, the show’s host, asked Enten about inflation and how bad it was for the USA citizens. Enten described the situation as “awful.”

He also mentioned that inflation “killed that presidency” for Carter, adding that the Consumer Price Index was at its lowest point in a midterm cycle since 1974.

Biden’s disapproval rating on inflation was above 70%, whereas Carter’s was 66 percent when he was in office, according to Enten.

“When you’re doing worse than Jimmy Carter’s doing in the minds of Americans on inflation, you know that they’re holding you responsible for the conditions that are currently on the ground that are hurting Americans in their pocketbooks,” Enten said.

Enten went on to say that Americans “much more trust the Republican Party” on inflation and that that shouldn’t come as a surprise.

In May, inflation reached a record 40-year high of 8.6 percent.

Inflation, according to Enten, is the main reason why so many people see Biden’s presidency as negative.

“Obviously for Democrats, any comparison to Jimmy Carter at this stage for President Biden, it’s not a great comparison,” Cooper said.

Enten concurred, adding that inflation was the top concern among voters in the run-up to the midterm elections.

According to him, Republicans had the best position “basically, of all time at this point in a midterm cycle” when looking at the generic congressional ballot prior to the midterms.

According to Politico, the White House was concerned that the comparisons to Jimmy Carter’s presidency would stick with the administration in the face of soaring petrol prices and inflation.

The president is reportedly upset that his support rating has dropped below that of former President Donald Trump, whom he considers to be the “worst president,” according to Politico.

The current state of inflation in the United States has many people concerned. In related news, Senator Josh Hawley tweeted his reaction to the inflation report:

“Wow – inflation off the charts. Joe Biden’s destruction of the middle class continues…Joe Biden’s war on American families continues. His policies have pushed inflation to generational highs, and he still won’t take any responsibility. If he can’t do the job, he should step down now,”.

Even the New York Times says Americans are having trouble affording everyday items, as they tweeted this: “Breaking News: U.S. inflation accelerated, with consumer prices rising 8.6% in the year through May, a rapid pace that is making it increasingly difficult for people to afford everyday purchases.”