BOOM: Glenn Greenwald EXPOSES Why Social Media Companies are So Intent on Censorship 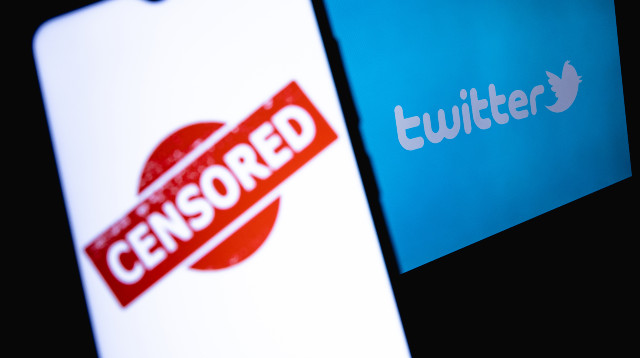 Why is it that social media companies are running a massive political risk and siding firmly with the Democrats on the censorship issue?

According to Glenn Greenwald, the reporter who broke the story on the NSA spying on Americans and had to flee to Brazil to escape retaliation, it’s because the leftists in power are threatening them, demanding that they do so or face a heavy dose of painful regulation.

Speaking with Laura Ingraham of FNC’s “The Ingraham Angle” on that point and exposing what he sees as going on behind the scenes of censorship, Glenn Greenwald said:

“This is the critical part where listening to that, if that’s incredibly menacing and insidious come at the head attorney general essentially saying, directing private companies, Twitter, Facebook, Google, telling them you’re not allowed to air this kind of information that we regard as hateful or we regard — that’s not the government’s role, to be in arbitrating our political debates by instructing private companies on what they can and cannot do.

“This has been the most missed understood and most overlooked component of the big tech censorship which is Democrats always say if you complain about censorship, these are private companies and they can do what they want. Democrats never thought about private enterprise that way.

“But the reality is the whole time Democrats have been threatening big tech and the way you hurry to commit if you do not censor in accordance with what we want, we are going to impose regulatory and legal reprisals on you. This is coming from the government and not emanating from big tech.”

Not only is he right that “that’s not the government’s role”, but it might be unconstitutional for the government to be involved in the manner, telling companies to squash free speech in a certain way.

That’s because free speech is a fundamental right, as the Supreme Court has long recognized, and thus the government cannot infringe on it except in specific cases, such as child pornography or incitement to violence.

“Hate speech,” “election fraud conspiracies”, and the such certainly don’t rise to that level, and thus the government can’t regulate them.

Not only that, but under jurisprudence stemming from getting rid of race-restrictive covenants in neighborhoods, the government can’t get involved in enforcing unconstitutional restrictions.

So, there’s a reasonable argument to be made, though Greenwald doesn’t get into it, that it’s unconstitutional for the leftists in power to be demanding that social media companies censor certain types of constitutional speech.

Whether courts would buy that argument or not, what’s clear from Greenwald’s statement is that Democrats are getting what they want by threatening the social media companies and thus getting them to act in a certain way. If a constitutional argument isn’t to be made, or if the courts don’t buy it, then perhaps it’s time for Republicans to start doing the same.