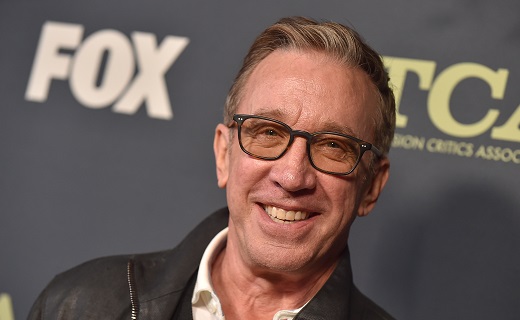 Tim Allen was cut out of the Buzz Lightyear movie and replaced with actor Chris Evans and one Hollywood figure spoke out about it.

Patricia Heaton, an actress, openly criticized Disney/Pixar for replacing Tim Allen as a voice actor in the movie “Lightyear,” which is supposed to hit cinemas on 17th June. Heaton is wondering why Disney would “completely castrate this iconic, beloved character.”

The movie is based on a spaceman made famous by Allen in the “Toy Story” franchise.

Namely, the actress posted a Tweet after seeing the “Lightyear” trailer.

The 64-year-old tweeted, “Saw the trailer for Buzz Lightyear, and all I can say is Disney/Pixar made a HUGE mistake in not casting my pal [Tim Allen],” the star of “The Middle.”

“Ok, so the current Buzz Lightyear movie is an origin story – but the reason the character became so beloved is because of what [Tim Allen] created,” Heaton continued in a second tweet. “Why remove the one element that makes us want to see it? [stupidHollywooddecisions].”

As previously reported by The Daily Wire, the animated children’s Disney/Pixar film has apparently been banned in various Middle-Eastern nations, including the United Arab Emirates (UAE), due to same-sex kiss scenes.

According to a tweet from media source UAE Forsan, the “Lightyear” was banned by the UAE Media Regulatory Office “due to its violation of the country’s media content standards,” The post didn’t indicate which rule had been broken, but industry insiders believe it was because of a kiss between two female characters.

The scene was reportedly cut from the film at first but was later reinstated following the Disney backlash over Florida’s Parental Rights in Education bill. The bill was named the “Don’t Say Gay” by many critics.

However, none of the sources who spoke about the alleged removal of LGBTQ scenes from Pixar films could provide “first-hand knowledge of Disney executives directly” removing the scenes. It was more of a case of Pixar self-censorship, according to the sources.

This isn’t the first time a film has been banned in the UAE and other countries where gay scenes are frowned upon. The following is an excerpt from one of the related news stories:

In March 2020, Pixar’s Onward was reportedly banned by Kuwait, Oman, Qatar, and Saudi Arabia over its historical portrayal of an openly gay character. While also a Marvel movie released in November, the Eternals, wasn’t shown in Saudi Arabia, Kuwait, and Qatar over its depiction of a gay relationship.

In December, Disney and 20th Century Studios’ West Side Story was banned by six Gulf countries, a decision due to the inclusion of a transgender character, as reported. Saudi Arabia banned Marvel’s Doctor Strange, a report said in April, over the movie’s reference to a character’s two moms, though an official from the country said Saudi Arabia hadn’t yet barred the film but instead was in a dispute with Disney over removing the content.