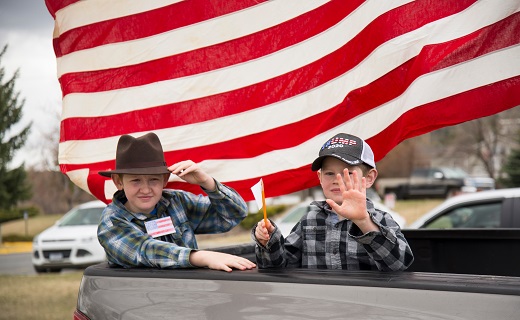 The issue of non-citizen voting will be determined in Ohio, with House Legislative Joint Resolution 4 (HJR 4) passed by the state Senate on June 1 and putting the measure on the November ballot.

The legislation comes as a response to some localities allowing non-citizens to vote in local elections.

“In 2020, the Village of Yellow Springs exposed ambiguity in Ohio’s Constitution when it attempted to allow non-citizens the right to vote in local elections,” Ohio Secretary of State Frank LaRose declared in a statement. “Without the clarity provided in the Amendment, future Secretaries of State might choose to agree to bestow the precious, uniquely American right to vote to people who are not American citizens.”

HJR 4 passed both the House and Senate with strong support on both sides of the aisle.

Democrats in the House were somewhat more reluctant to vote for the controversial amendment to the state constitution, with as many as 28 out of 35 voting no (the bill passed 68-28).

In the Senate, all Senate Democrats backed the bill (32 of 33 supported it, unopposed).

As legislators voted, the American Civil Liberties Union (ACLU) warned of the possible dangers of the legislation.

In a recent statement, the chief lobbyist of the American Civil Liberties Union in Ohio Gary Daniels, said: “[T]he ACLU of Ohio is also deeply concerned about the timing of this particular effort while ‘Replacement Theory’ (the idea in certain circles that white Americans are being systemically and deliberately ‘replaced’ by non-white) and similar ideas continue to result in threats and violence against others.”

Jason Snead, the Executive Director of Honest Elections Project Action, retaliated against the American Civil Liberties Union (ACLU) by telling Newsmax “This is another example of folks on the fringe left trying to grasp at straws.”

Simply put, the ACLU has been using the “replacement theory” to advance its arguments, and the widely criticized theory has nothing to do with voting prerequisites.

In a recent poll conducted for Honest Elections Project Action, a group devoted to election integrity, 84 percent of voters nationwide say non-voters should not be able to vote. The same poll revealed that 75% of Hispanic voters and 69% of black voters nationwide want a ban on non-voters.

As is abundantly clear in the Ohio legislature, a plurality of Democrats believes that only citizens should be allowed to vote. In the same poll, 77% of Democrats and 83% of independents support a ban on non-citizens voting.

A bare majority of Ohio voters this fall is required for the proposal to be adopted as an amendment to the state constitution.