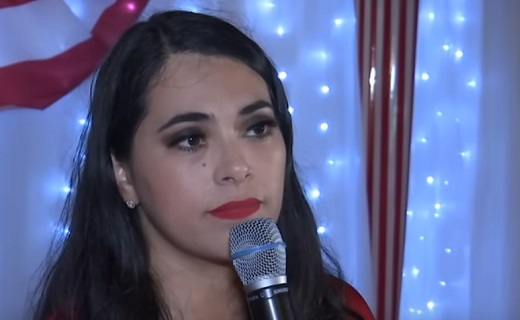 History was made in more than one way by Mayra Flores when she won a special congressional election. She’ll be the first woman in Washington D.C., who was born in Mexico to serve as a Republican in Congress. While also, she’s helped the GOP secure its most-desired dream for this year in South Texas: a Republican will represent the Rio Grande Valley in Congress, for the first time since Reconstruction.

Texas Monthly stated: “Mayra Flores won a special election to serve as the first Republican in the U.S. House from the Rio Grande Valley since 1871—though she’ll have a tougher time winning reelection in five months.”

Ever since Donald Trump’s shocking success in the counties that stretch from Laredo all the way down the Rio Grande Valley to the Gulf, the GOP has spent much of the past year trumpeting its ascendance in South Texas. Trump improved his performance between 2016 and 2020, in some of these counties, traditionally Democratic strongholds, by more than 50 percent.

Whether voters were actually shifting to the right or whether the forty-fifth president was simply a once-in-a-generation candidate, it was hard to know. Not a single GOP candidate won a congressional race in South Texas in 2020, even with his success on the top of the ballot.

The question was put to rest by Flores. Her win in Texas’s Thirty-fourth Congressional District, which spans from Brownsville up the Gulf Coast to the San Antonio exurbs, is of great significance for a GOP desperate to prove it’s not simply the party of non-Hispanic white people.

But a massive asterisk is coming with Flores’s win: in all likelihood, she’ll serve in Congress for only seven months. Triggered because of incumbent congressman Filemon Vela’s bumbling retirement, this was a special election. The Democratic congressman announced in 2021 that he would retire after the midterms, after easily defeating a Republican challenger and winning another term in the Thirty-fourth in 2020. Likely, that decision wasn’t motivated by fear he would lose his seat.

The GOP had worked to create a conservative-friendly district in South Texas, during Republican-led redistricting in Texas, but this only made Vela’s seat safer. Republicans pulled Democratic voters out of that district, targeting the neighboring Fifteenth, and packed them into the Thirty-fourth, turning Vela’s seat from one that Biden won by four points to one he would have won by more than sixteen.

Congressman Vicente Gonzalez, who today represents the Fifteenth, decided to move east and run in Vela’s district after Vela announced his retirement, as the Democratic odds in the Thirty-fourth were so favorable. The challenge seemed hopeless by Flores, who is a local healthcare worker.

Building off her success as a popular and pugnacious right-wing influencer with tens of thousands of followers on Instagram and Facebook, who follow her for her hard-line stances on immigration and militarizing the border, she was running a scrappy campaign. But Gonzalez had the structural advantage in a district that went overwhelmingly for Biden and raised close to $2 million more than Flores did.

Then, stating that he wouldn’t wait until January 2023 to step down but instead would leave in June 2022 to join Akin Gump, a law firm that’s the largest lobbying group in the country, Vela made a second retirement announcement. That triggered the special election, which was competitive because it was held under the 2020 district lines.

A former Democratic county commissioner in Cameron County, home to Brownsville, Dan Sanchez announced he would run, but he was at an immediate disadvantage, as he had to start his effort entirely from scratch.