From Commentator To Common Tater, Brian Stelter Is “Down To Weeks If Not Days” At CNN 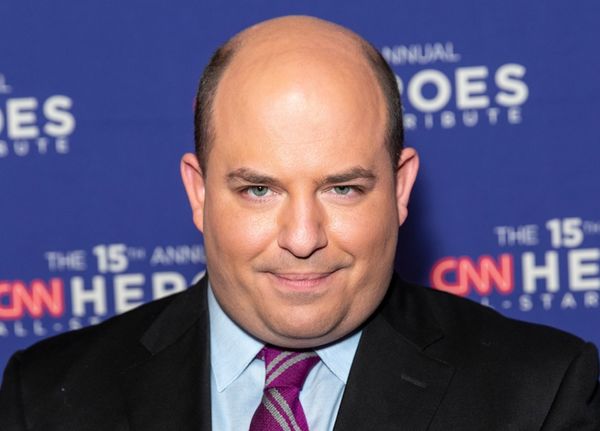 Jon Nicosia, who has been right about a lot of CNN’s changes under its new management, tweeted out yesterday that the mean, dull, and Covid comorbid host Brian Stelter would be job hunting in the near future.

“SOURCE: Stelter is “down to weeks if not days” left at CNN. They go on “He is everything that reminds the new owners of the Zucker era they desperately want to get past” – More to come.”

SOURCE: Stelter is “down to weeks if not days” left at CNN. They go on “He is everything that reminds the new owners of the Zucker era they desperately want to get past” – More to come.

In a follow-up tweet, Nicosia also commented on an interesting angle that Stelter might be a potential leak of some of this and other reports about CNN during its turbulent transition under new ownership.

“They continue: ‘Management is confident Stelter is the one sharing the internal pushback to fellow media reporters while simultaneously stirring discontent within the ranks.’”

For what seem like months now, reports, leaks, as well as perhaps a dose of hope and optimism, have all indicated Stelter was running out of time to look doughy on screen while effectively producing the second hour of Tucker Carlson’s show.

We also wrote about this developing situation a few months back, hammering on two main reasons why Stelter can’t be long for the pink slip:

“Stelter’s potential firing would make sense for two reasons. The first is that CNN’s new owner is reportedly planning on clearing house and returning CNN to being a news site and the second is that calls for the Potato to be baked have been echoing since Zucker resigned over his affair with a CNN staffer and people found out that Stelter new about the affair.”

Fox News had a similar take at the time, writing:

“A CNN “insider” is reportedly calling for the firing of the network’s left-wing media correspondent Brian Stelter for not exposing CNN president Jeff Zucker’s romantic relationship with another high-ranking colleague, something that’s been dubbed an “open secret” by critics.

Stelter, who has emerged as CNN’s lackey whenever the network was swept up in controversy, has been all over CNN’s airwaves on Wednesday to report on the sudden resignation of his boss, who admitted he failed to disclose a consensual relationship he had with another CNN executive.”

“While the fall of Stelter will be plenty enjoyable, it is still remarkable to believe that he ever became prominent at all?  Dull minded, painful on the eyes, even his voice is grating.  Did he have blackmail?  Was he just that servile?  How did it happen?”