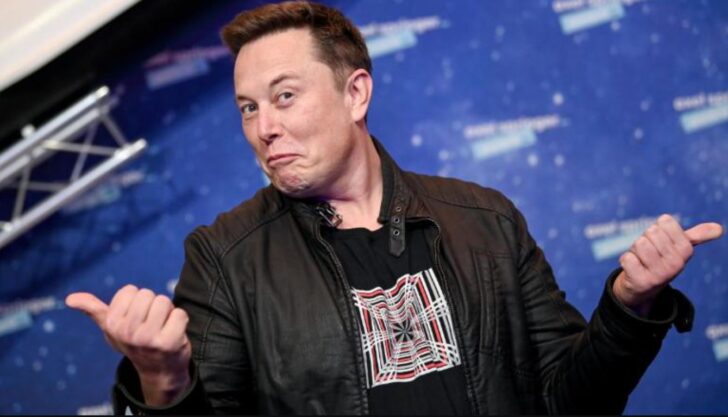 Tesla CEO, Elon Musk, wants to see Florida Republican Governor Ron DeSantis become the next President of the United States, so he tipped his hat to him as the candidate, but stopped short of a full endorsement.

It’s really not surprising that Musk would want to back DeSantis. The Florida governor proved he’s totally leadership material with how he handled the coronavirus pandemic, preserving businesses and the economy of his state while others around the country floundered.

The world’s richest man’s revelation was made after he tweeted that he had backed the Republican candidate who made history in south Texas on Tuesday night.

“I voted for Mayra Flores – first time I ever voted Republican. Massive red wave in 2022,” Musk posted in a tweet.

The billionaire was then asked about who he was leaning toward supporting for the 2024 presidential election, and he responded: “DeSantis.”

“I supported Yang last time, but DeSantis has a better chance of winning,” Musk went on to say later.

Because of how Democrats have treated him, Musk recently doubled down on supporting the Republican Party for the upcoming midterm.

See? Actions have consequences. This is a lesson the left is yet to learn.

“I support free speech, but not any one candidate. In fact, I gave money to & voted for Hillary & then voted for Biden. However, given unprovoked attacks by leading Democrats against me & a very cold shoulder to Tesla & SpaceX, I intend to vote Republican in November,” Musk stated in a post published on Twitter.

Despite having “voted overwhelmingly for Democrats, historically,” Musk stated in May that he would vote Republican in the upcoming election.

“Like I’m not sure, I might never have voted for a Republican, just to be clear. Now this election I will,” said Musk.

He also said that Democrats were controlled by unions, which he said was “just another form of monopoly,” and class-action lawyers.

Later, Musk explained why he can no longer support Democrats moving forward and why he voted for them in previous elections.

“In the past I voted Democrat, because they were (mostly) the kindness party. But they have become the party of division & hate, so I can no longer support them and will vote Republican. Now, watch their dirty tricks campaign against me unfold,” tweeted Musk.

Both President Joe Biden and former President Donald Trump have taken shots by Musk back in May.

“Even though I think a less divisive candidate would be better in 2024, I still think Trump should be restored to Twitter,” Musk wrote on Twitter. “Biden’s mistake is that he thinks he was elected to transform the country, but actually everyone just wanted less drama,” he went on to state later.

And you know, he’s right. The vast majority of Americans who voted for Biden did so just to get rid of Trump. Was that a dumb idea? Of course it was. But it’s equally dumb to assume that the reason for electing Biden was because people thought he was the best guy for the job.