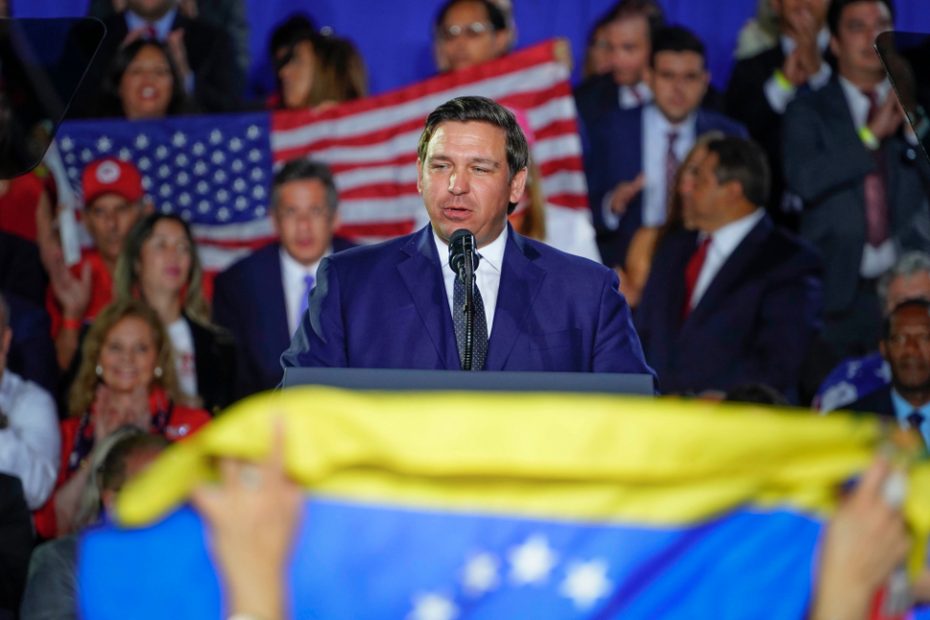 I am running out of ways to say that Ron DeSantis has a preternatural, uncanny ability to troll the heck out of demented leftists. The guy can’t hold a press conference without twisting the knife in Democrats.

As good and as often as he torches these fools, though, I think we just entered Top Five territory with this latest comebacker. Let me set this up: DeSantis is speaking to reporters and enters a Q&A session. He fields a question from the journos referencing an earlier tweet from Elon Musk basically saying he [Musk] felt Ron DeSantis should be the GOP nominee for 2024 and that he was leaning towards voting for him. Enter DeSantis.

Watch below as Florida’s hotshot governor takes over from here:

Elon Musk is rumored to be supporting Ron Desantis for president in 2024. Asked about it, Desantis says he’s focused on 2022, but always appreciates the support of African-Americans. This is gold. pic.twitter.com/gr0b6fHVCT

Absolutely priceless. As Clay Travis tweeted, this is “pure gold.” My goodness was that delicious. Elon Musk, a South African native and therefore an immigrant from the continent of Africa, might not be the envisioned image of the term, but it’s nonetheless accurate and the perfect way to corner Democrats who thought they couldn’t hate him anymore after he exposed Twitter as a fraudulent organization.

I admit, it’s not the first time I heard the term, but I have only heard it from commentators, not from duly elected governors and potential presidential prospects.

It’s moments like these that Ron DeSantis is gaining popular momentum for 2024. He has the same instincts that drove Trump to the White House when it comes to speaking honest truths and pushing back on the media. But what separates him from the former president is his more affable, approachable manner and articulate communication. This is not a dig on Trump, who was the only person –  literally, the only person – who could have defeated Hillary in 2016 and who exposed the absolute corruption of the Deep State for four years. Trump is owed a huge debt of gratitude.

But moving forward, is DeSantis best poised to carry the torch? This is the question on everyone’s mind as the field for GOP candidates is effectvely down to two men – the former president or Florida’s governor.

Here is the tweet that set the internet on fire and gave DeSantis this opportunity to torch demented leftists everywhere:

I previously wrote about some reactions online from Musk’s one-word reply to the question. Over at the Daily Wire, there was near-unanimous consent among their preference to see Trump step aside and allow DeSantis a chance to run on 2024.

“Time will tell how the presidential primaries shake out within the Republican Party, but this tweet cannot be ignored for the impact it will have. Musk has his own ideas, to be sure, but he is also good at reading the room.

Interestingly, while it is nearly unanimous that Donald Trump saved America (we wrote about this right after Election Day 2020), there is also no shortage of conservative voters that can simultaneously lionize the man and have a different vision for the immediate future of the entire MAGA movement.

Some voters worry about what would essentially amount to a lame-duck term should Trump run and win. Others point out that while Trump is a great visionary, DeSantis shares his bombastic retorts for corrupt media and politics, perhaps in a more deft tone, and with the additional bonus of having executive experience. There is then the fact that Donald Trump carries a lot of baggage, especially as it relates to the end of his term. Fair or not, the aggressive and savage media narratives would make it hard for him to overcome certain voter tendencies.”