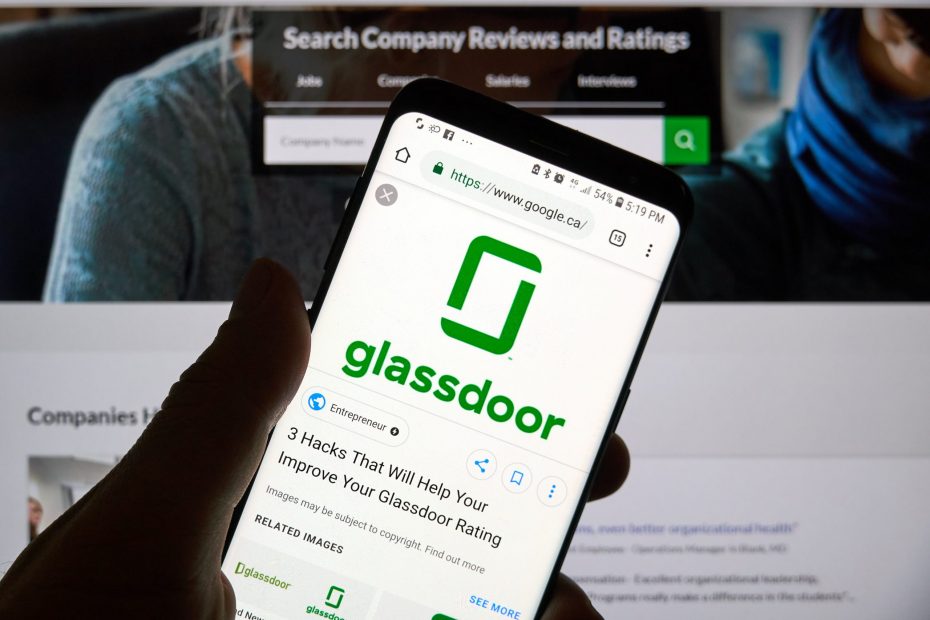 Always ready to take advantage of market crashes to supply businesses with cheap, ready, and willing labor, whether those crashes be in the stock market or jobs market, online jobs company “Glassdoor” quickly reacted to the recent crash in the stock and crypto market to swipe up the newly updated resumes of a flood of young laborers, ready connect them with fast food restaurants, warehouses, and delivery services in desperate need of workers, correctly figuring that the new crop of unemployed, broke applicants was too soft for also open construction jobs.

That’s because the new kids on the glassdoor block are (former) crypto billionaires and options traders, people that took all the wrong bets on Tesla plays, AMC bets, Dogecoin purchases, and Tether holdings.

Once rich beyond their wildest dreams, all those formerly wealthy and independent youngsters doing their work from a laptop in the Bahamas found themselves without jobs or cash due to recent Biden-induced crashes.

One such former billionaire (he’s now broke), Tevin Reynolds of Santa Barbara, California, gave a statement on the situation, saying:

“This is total BS, man. I was rich as F*** yesterday. I mean I was rolling in (online) dough, able to buy whatever I wanted. A Patek Philipe watch? Mine. A leased Ferrari? Mine. A lady of the night…that’s illegal so not mine, but you get the point. I was livin the high life even better than Hunter Biden.

“Now I gotta work in retail thanks to this Glassdoor thing. I mean, what the heck, man? I was a billionaire like 12 hours ago. Now I literally can’t afford my car payment.”

One wonders whether Tevin actually intends on showing up to work at the local Goodwill in a leased Ferrari, though given his intelligence it seems likely.

And he wasn’t the only one. Another young man, a 12 year old “Zoomer” who goes by the name “DecklinRodriguez” when posting on WallStreetBets, the Reddit forum dedicated to risky stock plays, told us that he’d been grounded for a full year after losing his parents’ retirement savings on a risky gourd futures play. Speaking on that, Decklin said:

“It was a sure bet man, a sure bet. Africa is gonna need alternate food sources, and what better random food to turn to than pumpkins, which South America just had a record bumper crop of? So I went all in on gourd futures, just knowing that Tanzania was gonna have to buy them. And they did! I won, it was a huge amount and my parents trusted me with all their money, liquidating their 401ks to give me more money for my next play.

“I knew that gourd futures were then gonna tank, as Russia was mopping up in Donetsk, so the war was about to end and grain grown. So I shorted them, hoping to cash in big on a Russian wheat crop. That kinda came true, and I probably could have exited the position evenish, but then I got hammered by that idiot Biden. With inflation this high, now people will pay anything for gourds for food, so I lost big. In fact, I’d used options that didn’t go well, so I lost everything.”

Decklin’s parents could not be reached for comments.