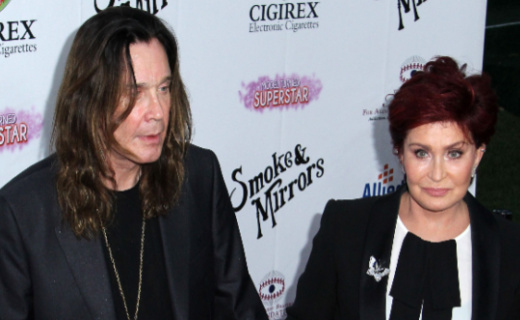 Famous musician Ozzy Osbourne will have to undergo a major operation that is “really going to determine the rest of his life.” This info was revealed by Osbourne’s wife, Sharon.

While speaking on her British talk show, Sharon Osbourne stated she was returning to Los Angeles to be with her spouse.

“He has a very major operation on Monday, and I have to be there,” Osbourne said. “It’s really going to determine the rest of his life.”

While the surgery’s specifics were not revealed, the former Black Sabbath singer has complained of neck troubles since a 2003 motorcycle accident.

Namely, in 2003, the rock legend was involved in an accident, which was aggravated in 2019 by a fall that required the insertion of 15 screws in his spine. He claimed that the procedure caused some serious nerve damage. This wasn’t the end of Ozzy’s health issues. In 2020, he revealed that he had been diagnosed with Parkinson’s disease, per report.

“I’m just waiting on some more surgery on my neck,” Ozzy told the New Musical Express magazine. “I can’t walk properly these days. I have physical therapy every morning. I am somewhat better, but nowhere near as much as I want to be to go back on the road.”

Sharon also revealed that she and her 73-year-old husband are celebrating their 40th wedding anniversary on July 1. She declined to specify whether they would throw a celebration.

“I don’t know yet,” Osbourne said about any definitive anniversary celebrations. “It depends on everything with Ozzy.”

When Sharon’sfather, Don Arden, met the vocalist in 1970, he was managing Black Sabbath. Years later, she took over the role of Ozzy’s manager, and their professional relationship blossomed into a love one. They married soon after he divorced his first wife, Thelma Riley.

The couple had three children together, Aimee, Kelly, and Jack. The family has become one of the best-known families all over the world due to their show The Osbournes.

For years, Ozzy has had issues with his health. He had to postpone all of his 2019 concerts while recovering from an injury acquired while battling pneumonia. Sharon, his wife, and manager has always been there to support him and speak out about her husband’s health problems. She stated that following the 2003 accident, Ozzy ended up with metal rods in his body as a part of his healing process.

Sharon Osbourne reveals that Ozzy Osbourne is set to have a major operation on Monday that will “determine the rest of his life.”@MrsSOsbourne | @OzzyOsbourne pic.twitter.com/kC3BJQrnkk