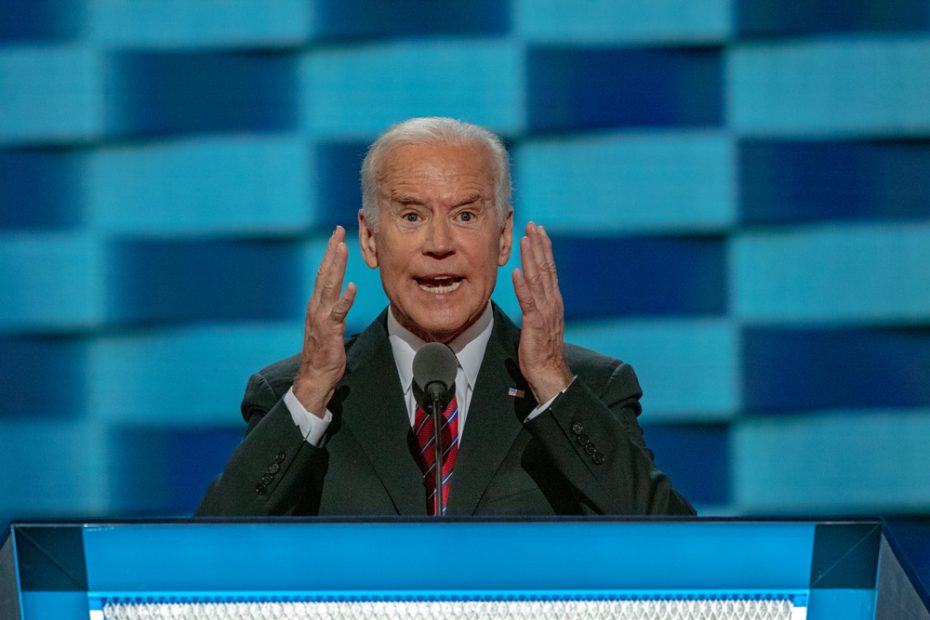 Is it Slow Joe Biden who is to blame for the inflation crisis that’s plunged the nation into gloom and financial misery over the past year, or does the fault lie elsewhere?

According to Team Biden, the blame lies elsewhere and it’s others that should be blamed, namely the President of the Russian Federation, Vladimir Putin. Speaking on inflation in a recent speech, for instance, President Biden said:

Look, folks, today I’d like to speak about my top economic priority: fighting inflation.  I understand Americans are anxious, and they’re anxious with good reason.  I was raised in a household when the price of gasoline rose precipitously, it was the discussion at the table.  It made a difference when food prices went up.

But we’ve never seen anything like Putin’s tax on both food and gas.

We actually have seen similar inflation: during the 1970s, America struggled with stagflation, the horrific economic circumstance that Jimmy Carter’s presidency is best known for

Gas prices at the pump.  Energy and food prices account for half of the monthly price increases since May.

Inflation, outside of energy and food — what the economists call “core inflation” — moderated the last two months.  Not enough, but it moderated; it’s come down.  And we need it to come down much more quickly.

And he went on about the same talking point once more, saying:

I’m doing everything in my power to blunt Putin’s price hike and bring down the cost of gas and food.  I led the world to coordinate the largest release of global oil reserves in history — 240 million barrels — to boost supply to keep prices from rising even more.

All that’s to say that Team Biden is pushing the “Putin price hike” line hard, obviously hoping to divert anger over inflation that would be directed toward Biden, trying to channel it into support for the regime’s anti-Russia stance.

It was brilliant, the perfect, pithy little line to thrash Team Biden, point out the truth about the “Putin did it” line, and expose Team Biden’s failings and unwillingness to seriously treat any real problem.

It matters that inflation is high and that the White House, rather than do everything possible to ramp up oil production, smooth out supply chain kinks, and plan a national investment strategy that will ensure our future access to the main problem areas right now, such as fertilizer and computer chips, is instead whining about the Bad Russian Man and playing the blame game.

Solutions matter, not who’s at fault, but unfortunately for Biden he both has no real solutions and is obviously at fault, as Tucker points out.