You cannot tell me you think this has been fair: Amber Heard suggests social media had impact on jury 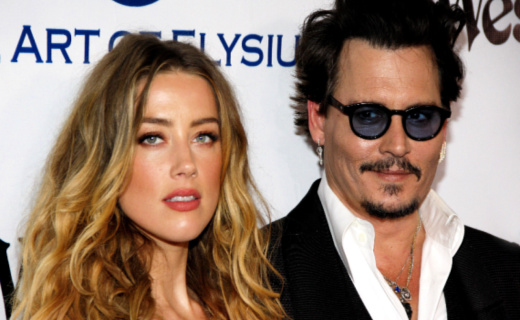 Amber Heard still won’t shut up about her loss in court to Johnny Depp. Now the actress suggests that social media had an impact on the trial during an exclusive interview with NBC News. In the NBC News exclusive, Amber Heard opens up to Savannah Guthrie, breaking her silence on the defamation trial against ex-husband Johnny Depp. Heard speaking out about the verdict, as well as social media’s impact. Heard’s lawyer also suggested the jury was swayed by social media.

Amber Heard said to host Savannah Guthrie: “I don’t care what one thinks about me or what judgments you want to make about what happened in the privacy of my own home in my marriage behind closed doors… I don’t presume the average person should know those things, and so I don’t take it personally, but even somebody who is sure I am deserving of all this hate and vitriol, even if you think that I’m lying, you still couldn’t look me in the eye and tell me that you think on social media there’s been a fair representation. You cannot tell me that you think that this has been fair.”

Heard further said she didn’t blame the jury for siding with Johnny Depp, who is “a beloved character and people feel they know him.” Then Amber Heard also said: “How could they, after listening to three and a half weeks of testimony about how I was a non-credible person, not … believe a word that came out of my mouth?”

Either way, the jury has spoken and Amber Heard went home as a loser vs Johnny Depp.

Fox News host Sean Hannity was happy when the trial was over, referring to it as a circus.

Fox News host Sean Hannity reacts to a jury in the Depp-Heard defamation trial awarding the “Pirates of the Caribbean” star with $10 million in compensatory damages and $5 million in punitive damages. As of now, it appears the record-breaking Fox News host is super happy that the ‘circus’ is over.

Johnny Depp won his defamation case against his ex-wife Amber Heard on Wednesday, and the jury awarded him $15 million in damages.

Depp sued Heard for $50 million after she wrote an op-ed for The Washington Post in 2018 in which she called herself a “public figure representing domestic abuse.” Heard countersued Depp for $100 million.

Amber Heard is likely to file an appeal. It’s possible this trial could bankrupt her.

One of the key moments that Amber Heard was sobbing during the trial with Johnny Depp and tried to portray was the amount of alleged death threats she’s received lately. This didn’t win the jury over as they ruled mostly against her and highly in Johnny Depp’s favor.

It was Amber Heard’s time to make a final presentation to the jury, after Johnny Depp’s. The 36-year-old actress entered the stand once more as the couple’s six-week defamation trial came to a close.

Since the defamation trial started on April 11, Heard has received “thousands” of death threats, including threats aimed at her 1-year-old daughter. Johnny “promised” her such “global humiliation” if she ever broke up with him, according to Heard, who also testified that she wasn’t lying about being abused.

“I am harassed, humiliated, threatened every single day. Even just walking into this courtroom, sitting here in front of the world, having the worst parts of my life, things that I’ve lived through used to humiliate me. People want to kill me and they tell me so every day. People want to put my baby in the microwave, and they tell me that. Johnny threatened — promised me — that if I ever left him he’d make me think of him every single day that I’ve lived,” she started.

Heard is suing Depp for $100 million, claiming that the actor’s lawyer, Adam Waldman, made false remarks to the press about her assault allegations. Heard said that the slander campaign she was subjected to had ended her career, per report.

“In the harassment and the humiliation, the campaign against me that’s echoed every single day on social media, and now in front of cameras in this [courtroom] every single day, I have to relive the trauma,” she concluded. “My hands shake, I wake up screaming, I have to live with the trauma and the damage done to me.”

Her friends and love partners have “unspoken rules” about “how they can deal with me, how they can touch me,” according to Heard. She testified to the jury that she is still triggered by Depp’s alleged abuse, such as while she was training for a combat sequence in Aquaman 2.

Heard was critical of Depp’s demeanor in court.

“I’m not sitting here in this courtroom snickering… laughing, smiling, making snide jokes. I’m not,” she stated emphatically. “This is horrible. This is painful and this is humiliating for any human being to go through.”