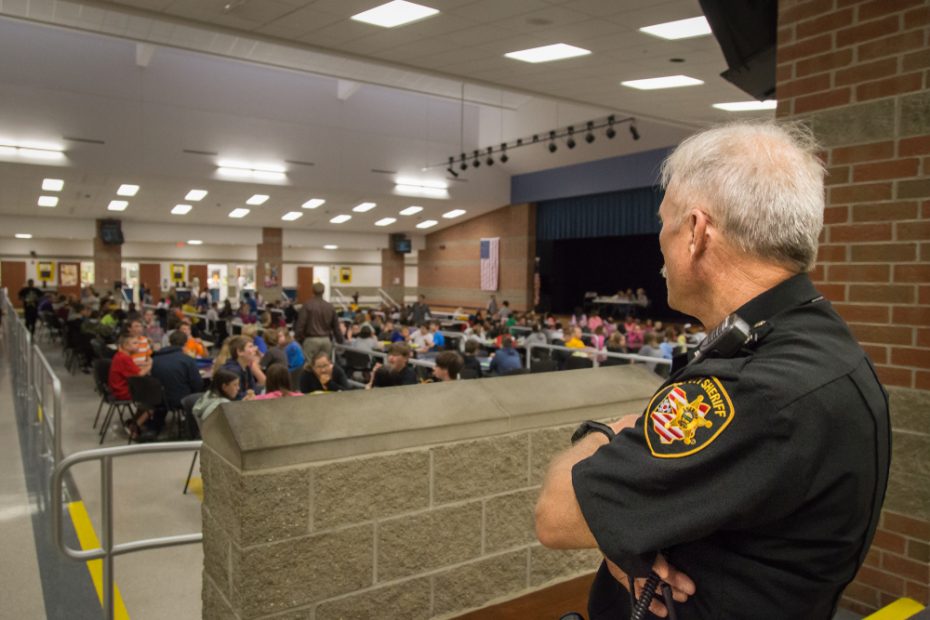 As RINOs and Democrats haggle over what gun control laws to force on America in the wake of numerous, recent mass shootings, one school district is doing something that might actually help prevent the sort of massacres that have shocked the nation’s conscience, doing something useful rather than something that would just attack the rights of ordinary, law-abiding Americans.

That would be the Middletown School District of New Jersey, which has hired former police officers to protect schools from attacks should those attacks occur.

Jocelyn Gottschalk, a parent who lives in the district and sends her kids to school in it, appeared on Fox and Friends to discuss the issue and how she feels about having the armed, ex-cops guarding her children. Speaking on those issues, Gottschalk said:

“It gives me more peace of mind. I’m not still not 100% confident… that things are going to be smooth, but it gives me enough confidence that I feel comfortable sending my kids to school now.”

Adding to that and emphasizing how much better she feels now, Gottschalk then said:

“I second-guessed sending my kids to school after the tragedy, quite frankly, and I did. I feel better that I did now that this decision has been made.”

Continuing, she then went on to claim that every parent in the district, or at least all of the ones she has so far spoken with about it, supports the move to protect the schools with armed, former police officers, saying:

“I feel like this is a subject that everyone is on board with. I have yet to come into contact with someone from Middletown at the softball fields or the hockey rink that doesn’t agree with this policy. I think every parent thinks that this should be done.”

Further, emphasizing how crazy it is that many schools are unprotected, soft targets while other, less valuable facilities are heavily guarded, Gottschalk then said:

“We have security at sporting events, concerts, and we send our kids to school with no security after all of these things happening. You think they would jump up, step in and… make the right decision for the safety of our kids. It just doesn’t make sense to me, but I hope that this is a step forward and maybe other towns and boards will get involved and do the same.”

Middletown Mayor Tony Perry, speaking about the decision to send the armed officers to schools, one made by a unanimous vote by the school board in the wake of the Uvalde massacre, said:

“The morning immediately after Uvalde, I called (Middletown BOE President) Frank Capone and told him I wanted to make this work. The town will be paying the retired special police officers out of the police department budget, and the school district will pay us back. At our next meeting June 6, the Township Committee plans to unanimously approve this and make this happen.”