LOL: AOC Refuses to Back Brandon When Asked to Do So [WATCH] 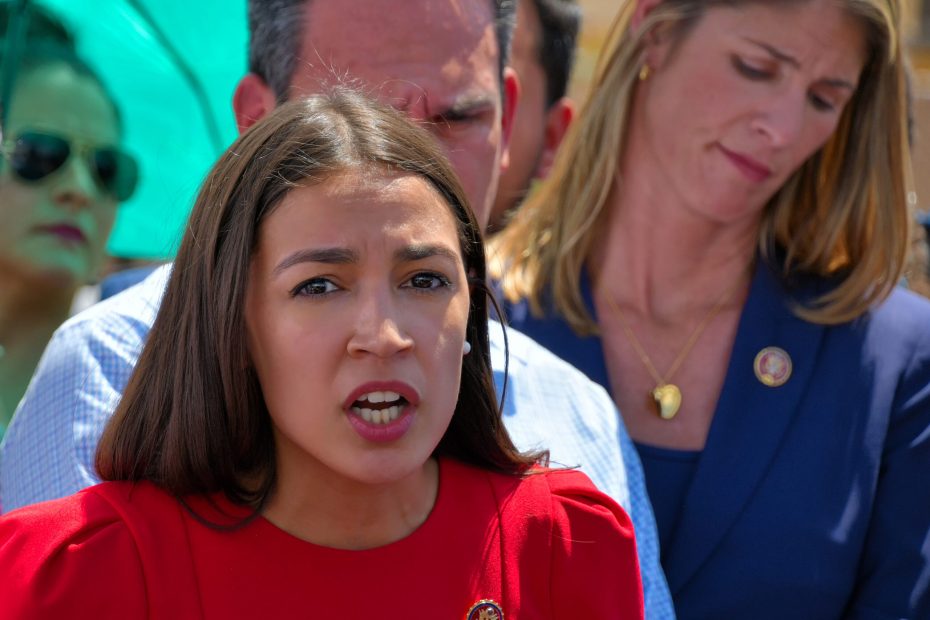 Rep. AOC of New York is never one to let things be about anything other than herself and her craziest ideas, so it was unsurprising that, when asked by CNN’s Dana Bash on Sunday during an appearance on State of the Union if she would support Biden in 2024, AOC refused to do so.

As you can hear, though AOC did not say that she would refuse to back Biden should he run again in 2024, she was extremely non-commital, saying:

If the president chooses to run again in 2024, I mean — first of all, I’m focused on winning this majority right now and preserving a majority this year in 2022. So we’ll cross that bridge when we get to it, but I think if the president has a vision and that’s something we’re all certainly willing to entertain and examine when the time comes.

Bash then pressed AOC on the issue, noting that her answer was “not a yes”, at which point AOC refused to back down and instead reiterated her viewpoint that she might support Biden when it gets closer to 2024 but isn’t willing to right now, saying:

“I believe that the president has been doing a very good job so far,” she said. “And should he run again…we’ll take a look at it. But right now, we need to focus on winning a majority instead of a presidential election.”

AOC’s refusal to be a team player and back Biden publically regardless of what she really thinks should come as no surprise, as AOC has recently proven herself anything other than a team player for the Democrats when it comes to dealing with controversial issues.

For example, in a recent rant about Democrats not using the term “latinx”, AOC specifically attacked those that don’t use it because it’s unpopular, saying that what is good for the party shouldn’t come matter. In her words:

And it’s almost like it hasn’t struck some of these folks that another person’s identity is not about your reelection prospects.

Based on that, it would seem unlikely that the socialist congresswoman from New York will back Biden even in 2024 unless he tacks even more to the left, as she seems to prefer wokeness to reality.

That is somewhat different, however, than what she said in 2020 when asked if she would back Biden after he beat out Bernie for the nomination. At that time, she said:

“For a lot of communities, this is an issue of life or death. We’ve had kids in cages, we’ve had a pandemic response that happened way too late, that has cost us lives, we have people that don’t have access to critical care that they need. I think it’s really important that we rally behind our Democratic nominee in November.”

So, perhaps she’ll change her tune as things get closer to actually mattering, though for now it’s fun to watch her focus on fighting her own party and push things toward the unpopular, radical left.