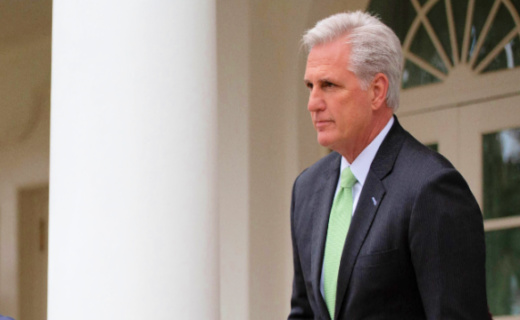 The leader of the House minority, Kevin McCarthy, denounced what he saw as the injustices the January 6 House select committee had inflicted on him, on Donald Trump, on congressional Republicans, and on MAGA supporters.

But he did not rule out cooperation with the ongoing investigation into the Jan. 6, 2021, Capitol Hill riot as it enters its public hearing phase.

“I’ve never said I wouldn’t participate,” the California Republican later told reporters at the U.S. Capitol when pushed for information on why he has declined to speak with them so far. He further said he has been “denied the right to participate in the investigation” so far, putting the blame for the communications breakdown on Democratic leaders keen to drag the beleaguered former president through the mud again in the prime time.

McCarthy is just one of the several Trump allies in Congress that were subpoenaed by the select committee to testify. A rather short list that includes fellow Republicans Jim Jordan of Ohio, Andy Biggs of Arizona, Mo Brooks of Alabama, and others.

Before issuing the subpoena, the committee had asked McCarthy to discuss on a voluntary basis what he actually knew about the violent siege of the Capitol.

McCarthy stated that he had sent two letters to the select committee asking for clarification on what, specifically, investigators sought to have him talk about, and that he had not yet received a satisfactory response.

“They wrote me back but they didn’t answer all my questions. So I sent them another letter and they didn’t respond to this one,” he said, according to reports.

If McCarthy joins at any point during the one-month-long hearing process the committee has set, he will be lending his voice to what he asserts may be the legislative branch’s worst mistake.

“It is the most political and least legitimate committee in American history,” McCarthy said as he was surrounded by Jordan, House Republican Conference Chairwoman Elise Stefanik, House GOP Whip Steve Scalise and others at the House TV Gallery. “It has permanently damaged the House and divided this country.”

The Republican leadership in the House is putting together its own account of what it says occurred on and around Jan. 6 in a report to be published at a later date.

McCarthy has indicated that their report on the alternative investigation led by Republican Rep. Jim Banks from the state of Indiana will be completed “soon.”