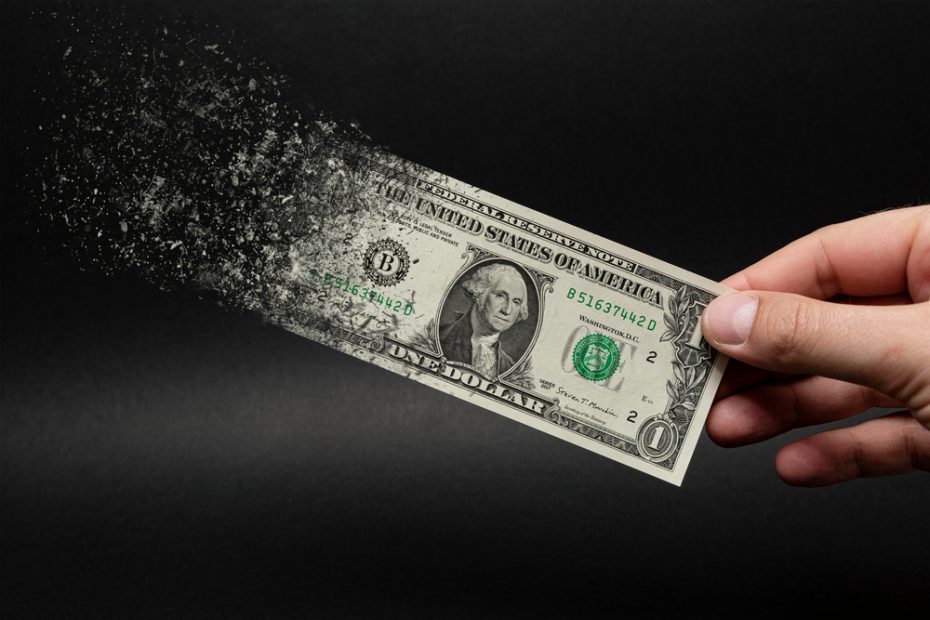 How much is Bidenflation costing you on a year over year basis? A lot. According to Moody’s Analytics senior economist Ryan Sweet, it’s costing the average American family more than five thousand dollars a year, far more than any wage gains that have taken place over the course of the Biden regime and the attendant Bidenflation crisis.

Writing about that immense burden, a tax of sorts, placed on American families by the fools and radicals in charge of American monetary and spending policy, namely the Fed, the legislature, and the presidency, Sweet said:

Having inflation at 8.5% on a year-ago basis, compared with the 2.1% average growth in 2018 and 2019, is costing the avg household $346.67 per month to purchase the same basket of goods/services as they did last year.

However, the pure cost for households for having inflation running at 8.5% is $460.42 per month. This estimate is based solely on the realized inflation rate and doesn’t adjust for what inflation would have been absent the pandemic because that is highly uncertain.

$460.42 multiplied by 12 is $5,527.44, meaning that the past year of Bidenflation running at an annualized eight and a half percentage points is costing the average American household thousands of dollars.

Sweet also confirmed that the data he used to calculate that figure was based on the horrific May inflation figure, saying, when asked if it came from the May rate, “Yes May data. 8.5% y/y is seasonally adjusted.”

For reference, Sweet is an experienced economist, particularly on monetary matters. His Moody’s biography notes that:

Ryan Sweet leads real-time economics at Moody’s Analytics and is a member of the U.S. macroeconomics team. He is also head of the firm’s monetary policy research, following actions by the Federal Reserve Bank and examining their potential impact on the U.S. economy. In addition, Ryan is an adjunct professor in the Economics and Finance Department at West Chester University of Pennsylvania. He received a master’s degree in finance from John’s Hopkins University, a master’s degree in economics from the University of Delaware, and a bachelor’s degree in economics from Washington College.

Further, Moody’s is an organization that Biden has cited multiple times in defending his policies, as The Blaze reports, saying:

Biden has cited Moody’s on multiple occasions – including using data from Moody’s Analytics in April to argue for his infrastructure plan, during his town hall in July, and during an Oct. 5 infrastructure speech.

So he probably knows what he’s talking about and came up with a reasonable figure regarding the cost of Bidenflation after seasonal adjustments, or at the very least is giving an estimate that didn’t start from a hostile attitude toward Biden.

And, though wage gains under Biden have been high, they still haven’t made up for the gut-wrenching inflation figure. As Factcheck.org noted in April: “Wages rose briskly, by 6.5%. But after adjusting for inflation, “real” weekly earnings went down 3.8%.”

So, while Biden and his cronies might claim that inflation isn’t that much of a problem because wage gains have accompanied it, it’s important to remember that wage gains haven’t made up for the inflation shock, and thus that the average American has, in fact, lost money.