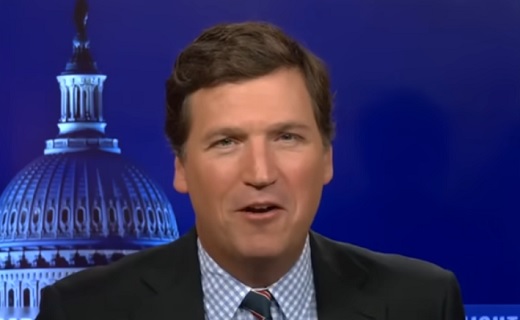 CNN’s numbers have now dropped to just over half a million average prime-time viewers, while Fox News still dominates, according to new ratings figures released Wednesday.

The liberal network which bills itself as “facts first” has consistently struggled with ratings. In April, the highly publicized CNN + streaming service was shut down just weeks after its launch following its inability to attract new viewers.

The total number of viewers watching CNN on its primetime programming averages 517,000, according to a Mediaite report.

Liberal MSNBC also topped CNN more than doubling the network with an average of 1.18 million viewers in prime time.

As previously reported by Dailywire in December, “Gutfeld!” – a rebranding of “The Greg Gutfeld Show” – is roughly a year old and still in the works. The show’s success has shocked many media elites, reluctantly earning Gutfeld the title of “King of Late Night.” Fox’s “Gutfeld!” beats on a regular basis the late-night shows hosted by leftist Jimmy Kimmel on ABC and Jimmy Fallon on NBC, and surpassed Stephen Colbert’s ratings for the first time during the month of August.

Fox News had previously far outpaced its competitors in ratings. Forbes described the Fox News ratings as a bloodbath for November, per reports.

“The Fox News Channel prevailed in the November cable news ratings, easily beating back the competition from CNN and MSNBC. According to ratings data compiled by Nielsen, Fox News delivered an average prime time audience of 2.578 million viewers in November, followed by MSNBC (1.091 million total viewers) and CNN (654,000 viewers),” the outlet reported. “In the key demo of adults 25-54 — the demographic most valued by advertisers – Fox finished first with an average audience of 420,000 viewers. CNN was second (148,000 viewers) and MSNBC (140,000 viewers).”

One of the biggest losers due to Fox News’ dominance is journalist Chris Wallace who left to join CNN+ just weeks before Warner Bros. Discovery made the announcement that the streaming subscription service would be axed.

The shutdown left Wallace a “victim,” he said.

“The idea was you’ve got to get a foothold in the streaming world because that’s where the future of news off the mainstream networks is going to be,” the 74-year-old continued.

“Now you have some equally smart people that have come in with a diametrically opposed view, these are the new bosses at CNN+ because of [the Warner Bros. Discovery merger] who have come to the conclusion that to have a narrow niche product like a news streaming service doesn’t work.”