1984 called and they want their bleak, immoral, thuggish and deadly totalitarian dystopian future back: Rep. Boebert 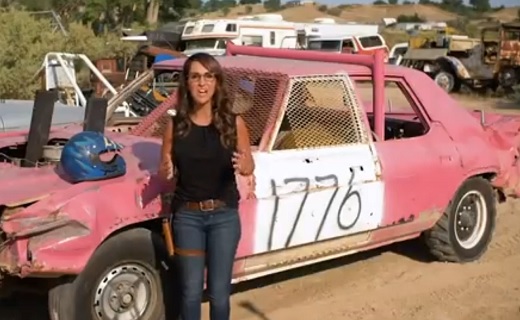 Republican Rep. Lauren Boebert has been on the hot seat for the last few weeks as she sends out interesting messages on Twitter and even confronts Democratic Rep. Alexandria Ocasio-Cortez, challenging her to a duel at the Demolition Derby.

Fun time at the demolition derby.

Maybe she should meet me here instead.

I hear she wants to get rid of her Tesla anyway… pic.twitter.com/qzuY1NqozZ

Boebert’s stunning tweet about 1984 is a reference to the book and the ways that it compares to today’s society. Boebert simply said: “1984 called and they want their bleak, immoral, thuggish and deadly totalitarian dystopian future back.”

In a previous message, Boebert personally called out AOC and suggested meeting up at the Demolition Derby. Boebert said: “Fun time at the demolition derby. AOC won’t debate and won’t meet to work on legislative solutions. Maybe she should meet me here instead. I hear she wants to get rid of her Tesla anyway…”

The video above shows Boebert at the derby, strapped with a piece on her right thigh, and standing in front of a pink car that’s all beat up, but says 1776 on the side of it.

The real fun began when Ocasio-Cortez couldn’t help herself and tried to lambaste Boebert with a KKK comment, something that was very irresponsible, unprofessional, and gross according to critics.

Ocasio-Cortez said this, in response to Boebert’s 1984 comment: “Hey quick question Boebert, did you ask for a pardon after tweeting the Speaker’s location on Jan 6th? You and the KKK Caucus have been really quiet about it today and given how much y’all have to say I’m not sure why no one’s responding to this simple question”

This is when Boebert ripped a shot back at Ocasio-Cortez, saying the following: “Ok Sandy, $5 a gallon gas, 3+ million illegals crossing our southern border, no baby formula, inflation higher than it’s been in both of our lifetimes, and this is what you want to talk about? Your policies are failing America, and you’re going to lose the House come November.”

Many Americans would like to see Democrats lose just about every election in November because it does not seem like the Democrats have working solutions to all the problems they’re suffering through.