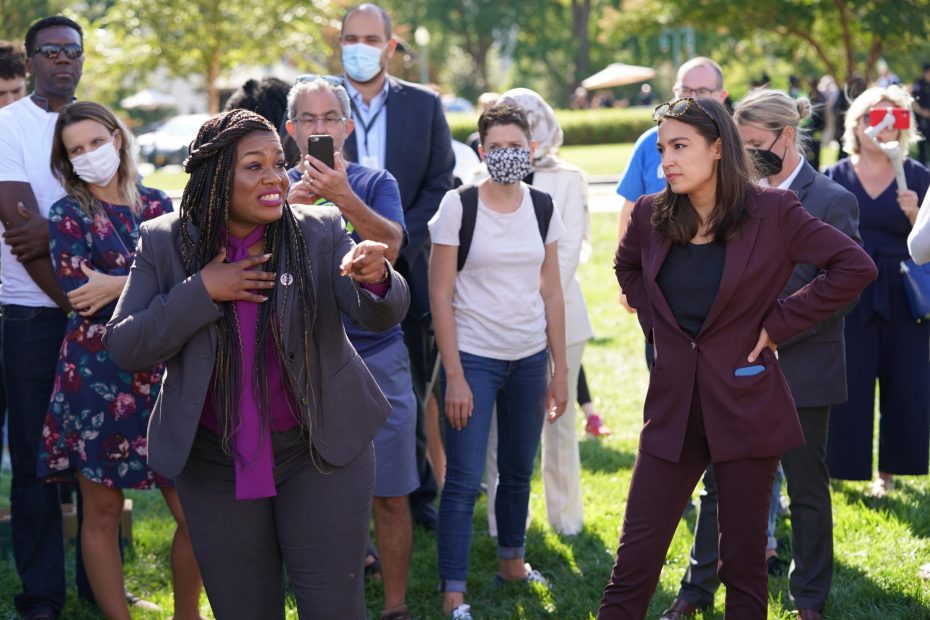 What does the left do when it can’t think of a reasonable argument to make about a given issue? It goes full bore on screeching about “racism”, of course!

Such is what far-left Rep. Cori Bush did during the ridiculously named “March for Our Lives” event in DC, saying that Tucker had “indoctrinated” the psycho teen that shot up a mainly black grocery store in Buffalo, New York. In her words:

“I’m joining you a few weeks after an 18-year-old white supremacist, who was indoctrinated by Tucker Carlson and Fox News, after he targeted a black community in Buffalo and committed a massacre.”

At the March for lives event in Washington DC Cori Bush tells the crowd that the Buffalo mass shooter was indoctrinated by @FoxNews and @TuckerCarlson pic.twitter.com/LU4ntVGGLd

That came after Bush draped herself in the mantle of those who died in Uvalde, presenting her fellow gun-grabbers as the only ones who care about the kids who died and saying:

“My congressional colleagues and I heard these heart wrenching testimonies from survivors of gun violence and the grieving families of victims. We heard from Uvalde fourth grader, Miah Cerrillo, who covered herself in her classmates blood and pretended to be dead to survive.

“We heard from the grieving parents of Lexi Rubio, an angel now, you all, at just 10 years old.”

In any case, Bush isn’t the only radical leftist who has attacked Tucker in the wake of the Buffalo attack, ridiculously blaming him for the actions of some crazy person with a vendetta against minorities.

Joy Reid, perhaps edging out even Cori Bush as the craziest leftist involved, also blamed Tucker for the attack, saying:

“No singular voice in right-wing media has done more to elevate this racist conspiracy theory than Tucker, who even with a new head writer spends night after primetime night injecting the rot from the dregs of the Internet directly into the veins of Republican voters.

“The reality is, Tucker’s not some deep thinker. He’s clearly just channeling the gross stuff his viewers could easily find online, then feeding it to Republican voters and Republican politicians as infotainment. And that feedback loop has terrifying reach.”

Tucker, for his part, has pushed back against the allegation that he is responsible, saying:

“Gendron’s letter is a rambling pastiche of slogans and internet memes, some of which flatly contradict one another.

“The document is not recognizably left-wing or right-wing. It’s not really political at all. The document is crazy. It’s the product of a diseased and organized mind.

“At one point, Gardner suggests that Fox News is part of some global conspiracy against him. He writes like the mental patient he is — disjointed, irrational, paranoid. Now, that’s true — not that it makes the atrocities he committed easier to bear.”

He also skewered those who were using the tragedy to stump against him, saying:

“You have to ask yourself Who behaves like that? What sort of person uses mass murder as an excuse to give a campaign speech or seize more political power?“