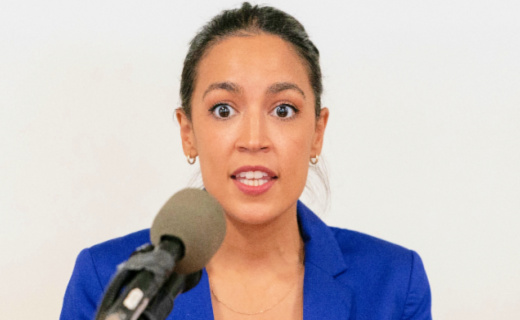 AOC “believes that the President is doing a very good job”. How out of touch are these elites? pic.twitter.com/Ewo6vnGw1Z

Investors felt another boulder of pressure crush them when the stock market plunged amid inflation. CNN suggested the following: “The Dow (INDU) plunged after a key inflation report missed estimates and showed a higher-than-anticipated increase in the price of consumer goods, closing down 880 points for the day, or 2.5%. The S&P 500 shed 2.7% and the Nasdaq dropped about 3%.

The May consumer price index rose 8.6% year-over-year, its highest level since 1981. Economists had forecast an 8.3% increase. The core index, which excludes food and energy prices, rose by 6%, slightly higher than estimates of 5.9%.”
Gas prices are hitting record highs in some locations, according to Fox News: “The price on Sunday morning rose to $5.01, according to AAA. Gas hit the $5 mark on Saturday morning for the first time ever as part of a record setting run. The average price jumped 18 cents in the previous week, and was $1.92 higher than this time last year. There is very little evidence that the price will drop anytime soon.”
The lingering immigration problems at the southern border seem to have fallen by the wayside, but they’re just not receiving as much news coverage because inflation and gas prices are disrupting people’s cash-flow and hurting them in the wallet, giving more immediate impact to many American families.
Just recently, Jason Chaffetz ripped failing Vice President Kamala Harris and suggested she should have real conversations with the border patrol to get to the root of problems and find working solutions. It appears that Biden’s Border czar, Harris, has no true answers on how to fix the problems at the border.
Chaffetz pointed out Harris’ lack of interest and priorities when it comes to the border. Harris has still insisted “on the “root causes” explanation for the ongoing and historic migrant crisis at the U.S. southern border — as she announced more investment in Central America.”
Chaffetz said about Kamala Harris: “She has been totally absent. She does not understand it. It’s one thing for me to say something about it or somebody else to say something. Why not talk to the Border Patrol? They’re the ones who put their lives on the line every day, 20,000 plus of them. Why not talk to the Border Patrol? But she won’t even meet with them. If she has time to go overseas and do all these other things and run to California, she has time to go actually meet with the Border Patrol, but she doesn’t.”