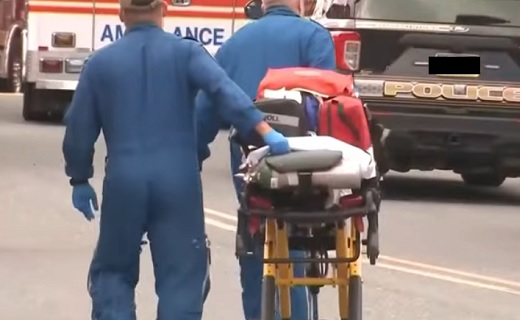 Something that was literally straight out of “Charlie and the Chocolate Factory” happened. Two workers working at a Mars Wrigley plant in Elizabethtown, Lancaster County, in Pennsylvania, were saved by local firefighters after they had fallen into a vat of chocolate.

Unfortunately, no one was available from the Mars Wrigley confectionery site where the incident occurred or form the Elizabethtown Fire Department to comment on the accident. But a spokesperson for Lancaster County 911 confirmed to TODAY Food that a phone call about the incident was received by the department around 10:51 a.m. ET.

“The incident currently is being downgraded, but originally two employees were stuck in a sort of dry chocolate,” the spokesperson told TODAY.

The two workers have been rescued from the chocolate vat by members of the Elizabethtown Fire Department and have been transported to local hospitals. Brad Wolfe, the communications supervisor for Lancaster County 911 Dispatch, informed CNN that the firefighters were forced to “cut a hole in the side of the tank to get them out.”

As per the spokesperson, the Lancaster Police Office was not notified about any injuries that were sustained during the incident. However, they have confirmed that the hospital trip was probably done just as a precautionary measure, as reported.

Mars, Incorporated is an American, family-owned, multinational manufacturer of confectionery and pet foods. The company operates 22 manufacturing facilities in the United States, including its Elizabethtown location where the accident took place. The company is known primarily for its candy products like Snickers, Twix and M&M’s.