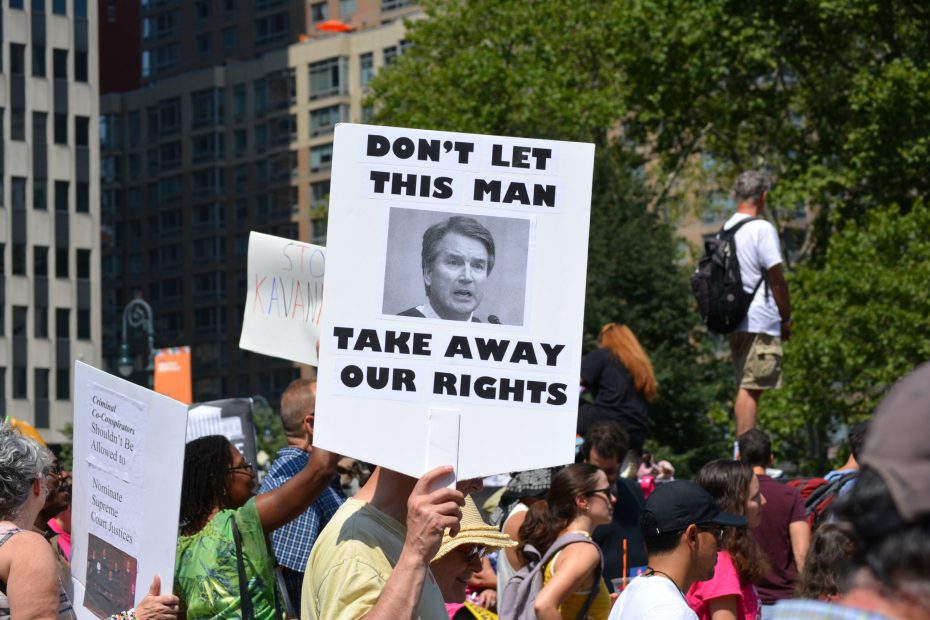 In March 2020, Schumer made a speech outside the Supreme Court as justices heard a case about a Louisiana abortion law. Schumer shouted a stark warning at Kavanaugh and Justice Neil Gorsuch during that speech, saying they could face sinister consequences for their “awful decisions.”

Here’s Chuck Schumer encouraging an insurrection against the Supreme Court. Republicans may need to start a June 8th committee to investigate when they take back the House and Senate this fall. pic.twitter.com/CC6jzQVrCC

A California man, Nicholas John Roske of Simi Valley, California, was arrested overnight near the Maryland home of Supreme Court Justice Brett Kavanaugh. The man reportedly told police he was there to kill Kavanaugh. After the story broke, the Supreme Court issued a statement confirming the incident.

Kavanaugh has been targeted by protesters at his home since the leak of a draft opinion overturning Roe v. Wade.

The man had a gun and said he was there to kill Kavanaugh. He was taken into custody without incident…I can confirm the man taken into custody outside of Brett Kavanaugh’s house last night is a 26-year-old white male with a California driver’s license. Previous address in Seattle…I got it direct from a source but should be out soon.”

I can confirm the man taken into custody outside of Brett Kavanaugh’s house last night is a 26 year old white male with a California driver’s license. Previous address in Seattle.

On Wednesday, Joe Biden appeared on Jimmy Kimmel’s late show and predicted a “mini-revolution” if  Roe v. Wade is overturned by the Supreme Court.

Instead of discouraging threats against the Justices, Joe spoke approvingly of “revolutions” should Roe v. Wade be overturned.

This is the same Biden administration that still encourages illegal protests in front of Justices’ homes, violating state and federal laws intended to stop judges or jurors from being intimidated causing them to change their votes.

One federal statute bans “picketing or parading” with the “intent of influencing any judge.” The statute, 18 U.S.C. § 1507, reads as follows:

“Whoever, with the intent of interfering with, obstructing, or impeding the administration of justice, or with the intent of influencing any judge, juror, witness, or court officer, in the discharge of his duty, pickets or parades in or near a building housing a court of the United States, or in or near a building or residence occupied or used by such judge, juror, witness, or court officer, or with such intent uses any sound-truck or similar device or resorts to any other demonstration in or near any such building or residence, shall be fined under this title or imprisoned not more than one year, or both.”

“Any person who shall engage in picketing before or about the residence or dwelling place of any individual, or who shall assemble with another person or persons in a manner which disrupts or threatens to disrupt any individual’s right to tranquility in his home, shall be guilty of a Class 3 misdemeanor. Each day on which a violation of this section occurs shall constitute a separate offense.”

“I don’t think the country will stand for it,” Biden said of a possible Roe defeat in the Supreme Court on Kimmel. “If in fact the decision comes down the way it does, and these states impose the limitations they’re talking about, it’s going to cause a mini-revolution and they’re going to vote these folks out of office.”

Also on Wednesday, protestors were back out again trying to intimidate Kavanaugh.

With all of this being said, Chief Justice Roberts by not moving up the release of the Dobbs ruling, ending any reason for the protesters to continue, leaves the door open for additional assignation attempts in the intern.

If a Justice was to be killed, all of their votes on the pending decisions would be vacated, sending shock waves to every corridor of our declining Constitutional Republic.