Mystery Man Saves These Girl Scouts by Buying All Their Cookies 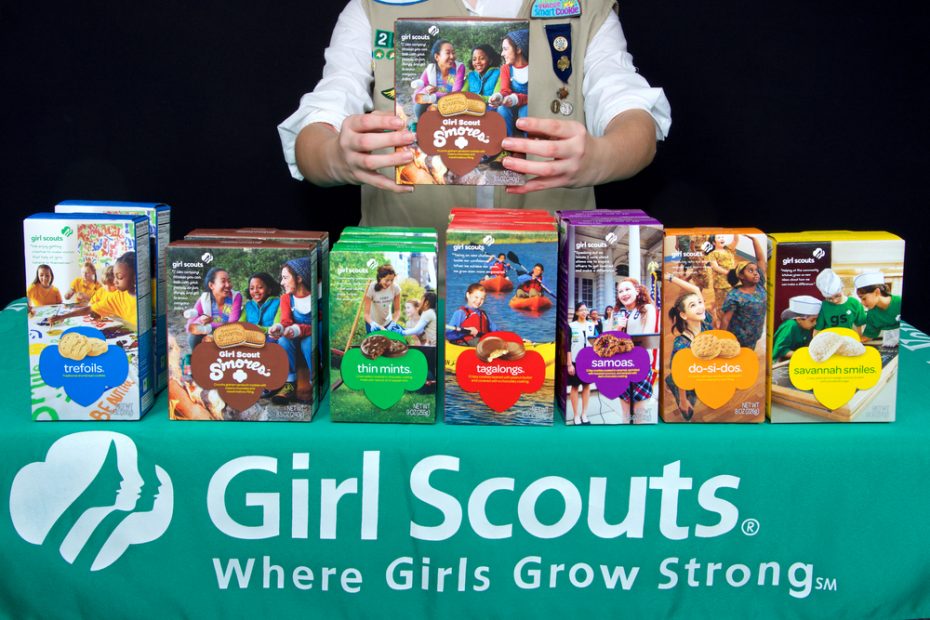 Oftentimes, when we think of girl scouts the first thing that comes to mind, is their famous girl scout cookies, and while they do have some pretty good flavors, that’s not what it’s all about.

The girl scouts are about building confidence, courage, and building character in the young ladies to help them be more successful in life and learn critical thinking skills all while having fun and taking field trips, community service, and skill-building sports clinics, among others. This brings us back to what we’re familiar with, the oh-so-good cookies!

Building up the next generation of empowered young ladies is important, and that may be why they can be seen making a difference in the community and selling their cookies at stands. Be it in the scorching heat, light drizzle, or cold fronts, for the most part, if it’s girl scout cookie season (which is around January through April, but can depend on local programs,) you can expect to see them offering some sweet treats.

That brings us to a story coming out of Greenville, South Carolina in which a mysterious man took it upon himself to save this team of girl scouts from the cold weather.

Kayla Dillard, who oversees treat deals for Troop 1574, shared an image of the mystery man to two of the scouts on Friday saying: “This man purchased seven packs of cookies. Gave the girls $40, told them to keep the change. Then he came back to the table and said ‘pack up all of your cookies. I’m taking them all so y’all can get out of this cold.’ $540 he spent on cookies. What an amazing soul!!!! #troop1574 #kindheart #thatgreenville #greenvillesc”

It didn’t take long before the post went viral, by Monday evening it had accumulated 17,000 reactions, over 6,000 shares, and had 777 comments.

Man purchases $540 in cookies to get Greenville Girl Scouts ‘out of cold’ https://t.co/jq1hkQfdmq pic.twitter.com/ePYcdSuRZ4

Girl Scout cookies have been around for quite a while. I remember as a child I always encountered them on the sides of roads or on storefronts, but they’ve been going strong for even longer than I can remember. In fact, they first began selling cookies in 1917, which was only a mere 5 years after the girl scouts became an organization by founder Juliette Gordon Low. The first recorded cookie that was sold was my personal favorite, Chocolate Mint! It first appeared in 1939 and was initially called Cooky Mints, later in 1959 it was changed to Chocolate Mints.

The comments and remarks to the story of the mystery man are nothing but positive, users saying, “Awesome man!! Thank you for spreading kindness in such a thoughtful way! Lovely!!” to ” Beautiful gesture. These little girls will remember this when they are elderly women. This man is investing in a better future for all,” and “That’s really a great thing he did. Thanks for an uplifting story to start my week,” among many others simply thanking the man for his kindness.

WYFF News 4 checked with Kayla to attempt to recognize the man to give him credit well deserved, but she was unable to confirm his identity, and it’s because of this reason that the girl scouts now have the legend of the mysterious man.