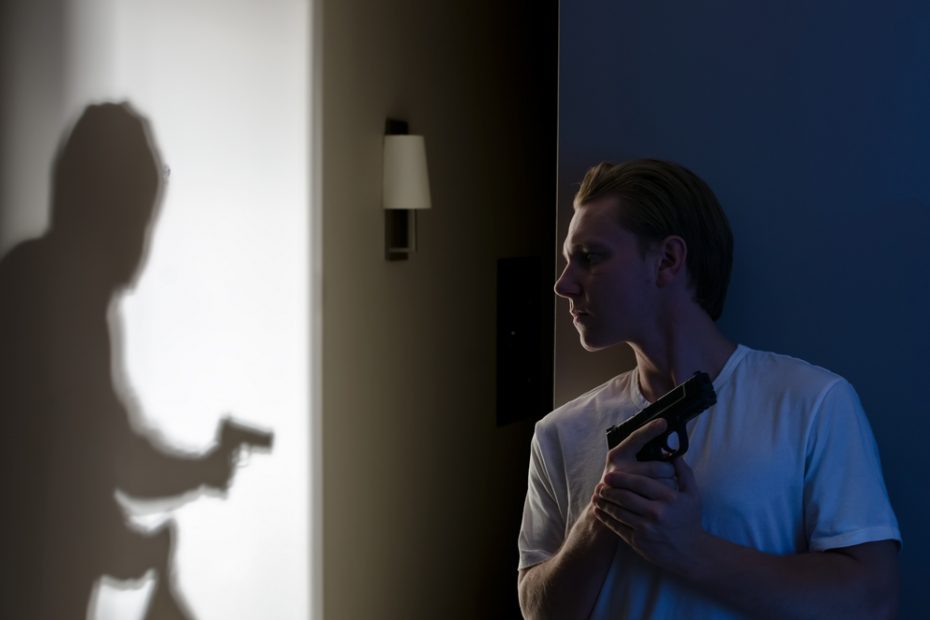 How should one react when an armed thug breaks into your house and threatens you in your own residence, violating the sanctity of your castle and breaking the peace on your property?

Predicting courage is hard, but it’s hard not to hope that everyone would act with the calm, cool, and collected courage of Detroit homeowner Maiso Jackson, a man who has lived in his home for twenty years and stood ready to defend it with a firearm when put in just such a position by a home invader.

He, an eight-year gun owner who has taken classes on how to use his firearm and trained with it, was ready to use it when an early morning home invasion woke him up.

According to Fox 2 Detroit, which reported on the incident, Mr. Maiso Jackson was woken up at about 4:30 am by someone yelling outside and pounding on his door.

Jolted from his slumber, he waited for police after calling them while the home invader shouted that Mr. Jackson owed him money. Speaking about that, beginning of the event, Mr. Jackson said, according to Fox 2 Detroit, that:

“(He was) talking about how someone owed him money, I said ‘no one here owes you money, I don’t know what you’re talking about.’”

Trying to reason with the man while waiting the police, Mr. Jackson says that things escalated when the man broke a window, at which point Mr. Jackson armed himself with the firearm he has trained with and prepared to defend his castle.

And that’s exactly what he did. When the man that had woke him up with his yelling and pounding and who broke a window pulled a gun on him, Mr. Jackson drew his own weapon and shot the home invader dead, firing four shots and then ending the engagement when the threat was terminated.

Speaking about that instance of self-defense, Mr. Jackson said:

“Then he went around the window here and busted that window out.

“I came outside and said you have to leave, you can’t be doing this. So then he reached for his gun and pulled it out. I had to defend myself, I had to shoot him because of that.

“It was me or him at that point. I didn’t want to hurt nobody, but he just wouldn’t quit.”

The police then arrived and Mr. Jackson was handcuffed and taken away for questioning about what happened, though Fox 2 reports that he was released without police pressing any charges.

Mr. Jackson then shared a warning with his fellow citizens, saying:

“You have to be on guard, you have to be prepared. You can’t just let people run you over, hurt you, and don’t do nothing about it. You have to defend yourself.”

Indeed, particularly in dangerous times like these when criminals seem to be roaming freely and Soros-funded prosecutors let criminals off with a slap on the wrist, if they punish the criminals at all.