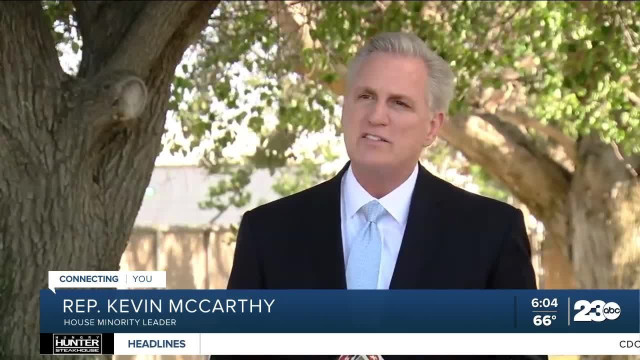 House Minority Leader Kevin McCarthy, a Republican from California, dropped some major bombs on the Democratic Party with a brand new video he released on Thursday night called “The Democratic Party is the Party of Crime,” as the left side of the aisle attempts to grab more attention for their January 6 hearing.

“The Democrat Party is for lawlessness and the breakdown of society,” McCarthy went on to say in a tweet. “While they defund the police, violent crime is skyrocketing in our communities. Enough is enough.”

McCarthy is right on the money. Democrats are chaos, disorder, and lawlessness wrapped into one neat, little psychotic package. They stand for murdering kids in the womb, taking guns away from law abiding citizens so you are left defenseless against criminals and tyrannical government, and forcing you to accept “alternative lifestyles” that require total denial of proven science and biology.

Pure insanity. It’s the kind of thinking that years ago would have won you a free ticket for an all expenses paid trip to the funny farm. Today, it makes you a cultural hero. We’re living in the upside down or some kind of alternate dimension. This can’t be the real world.

Anyway, back to McCarthy’s video.

After highlighting the aforementioned content for several minutes, the video concludes by stating on the screen, “As Democrats in Washington abuse their power to attack their political opponents, they are ignoring America’s crime crisis.”

The Democrat Party is for lawlessness and the breakdown of society. While they defund the police, violent crime is skyrocketing in our communities. Enough is enough. pic.twitter.com/SAuwKe9jIM

Why, if Democrats are so desperate to supposedly protect life — which they clearly aren’t, otherwise they would not support abortion — do they continually put policies into place that punish the law abiding citizens in their areas while providing criminals with ample opportunities to create legions of victims?

This makes no sense. None at all.

Democrats have been calling the shots for years in major crime areas. Nothing has changed. No real, effective action has been taken to fix the problem. So why do voters keep voting for people they know will not lift a finger to make things better.

Wasn’t it Albert Einstein that said doing the same thing over and over while expecting a different result is the definition of insanity?