Former Rep. Devin Nunes Rips Into Jan. 6 Inquiry, Reveals Who They Should REALLY Be Focusing On 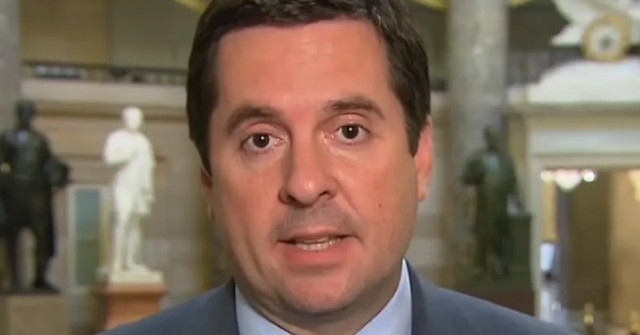 Former GOP Rep. Devin Nunes sat down for an interview with Newsmax on Thursday where he ripped into the current Jan. 6 investigation and stated that it “needs to center” on Speaker of the House Nancy Pelosi and “her incompetence.”

This man is absolutely right. Other than President Joe Biden and Vice President Kamala Harris, you’d be hard pressed to find someone as inept at their job as Pelsoi. Not to mention she’s totally out of touch with reality and the common person.

”Pelosi is the one that ultimately there needs to be an investigation [of],” the ex-California congressman stated during an episode of ”The Chris Salcedo Show.”

”Hopefully, in the future, the Republicans will be able to get control here, and there’s going to need to be a Jan. 6 investigation,” the former congressman said. ”It just needs to be on the people who actually were responsible for it, which includes Pelosi, includes the people shown on the screen that broke the windows that we still don’t know who they are.”

”You mentioned the Russia collusion hoax,” Nunes went on to say during the interview. ”This is just a continuation. The first hoax bombed, the Mueller hoax bombed, the impeachment hoax bombed, and now they’re actually bringing in their buddies from Hollywood to try to resurrect this.”

He then added, ”It’s the same people doing the same things, and this is just a little bit more unprecedented because you have a situation where the Republicans are not even represented.”

Nunes then went on to state that he has asked who broke the window during the riot from the very beginning.

Along with Pelosi, Nunes stated that “characters that were instigating” Jan. 6, which includes a man from Arizona, need to be thoroughly investigated by the GOP.

”Nothing’s happened to him [the Arizona man],” he went on to say. ”How the hell is that possible? And yet you’ve got Peter Navarro, who wasn’t in the Capitol, who got arrested last Friday.”