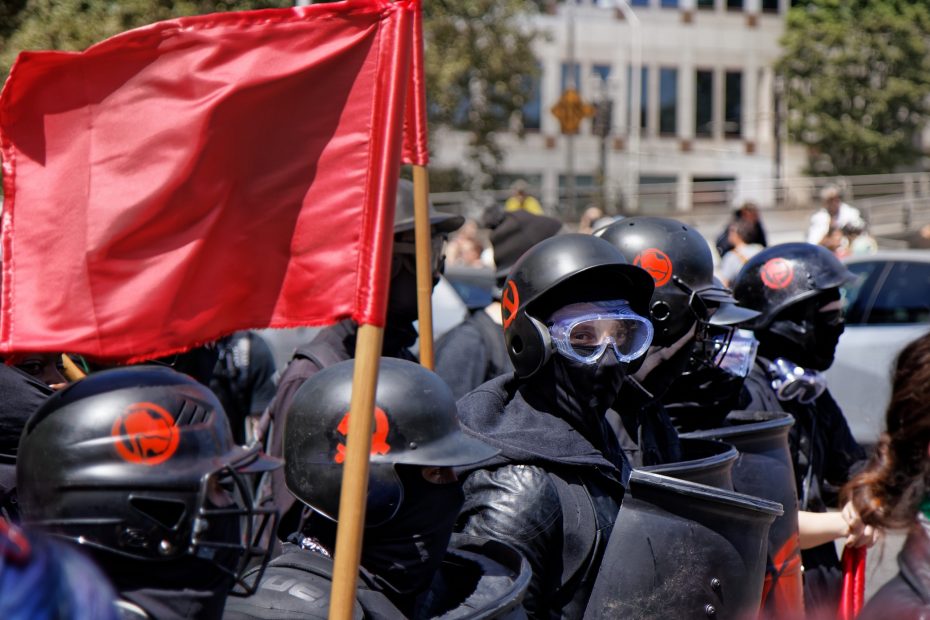 Yesterday, while voters elsewhere in California were casting ballots to recall far-left District Attorney Chesa Boudin in San Francisco for his soft-on-crime policies and subsequent skyrocketing violent crime rates, another DA 500 miles to the south was successful in her efforts to actually hold criminals accountable.

According to multiple reports, a grand jury in San Diego indicted eleven Antifa counter-protest participants on Tuesday for allegedly attacking Pro-Trump demonstrators at a Pacific Beach march last January 9th, only three days after the infamous march and riot in Washington D.C.

Of those indicted, ten have pleaded not guilty, while the eleventh is expected to be arraigned in a few weeks.

As reported by KRSI News:

According to the indictment, the defendants responded to social media posts calling for “counterprotesting” about one week prior to Jan. 9, then showed up in Pacific Beach “dressed in black clothing, and armed with weapons and protective gear.”

Police and prosecutors allege that two counter-protest groups from San Diego and Los Angeles gathered at the event and attacked people perceived to be members of the “Patriot March” group. Some specific acts of which the defendants are accused include throwing a wooden lawn chair at a woman and striking her, hitting someone with a baseball bat, hitting someone with a flagpole, and attacking people with tear gas and a stun gun..”

San Diego County has moved to the left like much of the rest of California, but there is still at least some sanity remaining in the Golden State’s southernmost county. County DA Summer Stephan is currently registered as an independent but had been a Republican until 2019. Most importantly, Stephan is not a Democrat.

Additionally, though the county is now 56.3% Democratic as of 2016, one of the five members of the House of Representatives representing the county is Rep. Darrel Issa (R-CA), a highly influential and conservative member of the House.

We shouldn’t be surprised, therefore, to find a San Diego DA such as Stephan who is more interested in protecting her citizens by keeping thugs off the street than in bowing to social justice warriors and turning a blind eye to violent offenders.

While the left and their media may have done their best to downplay the “fiery but mostly peaceful protests” by Antifa during the George Floyd riots that killed 25 Americans and resulted in $2 billion of damage, we still have some elected officials such as Stephan who are committed to the rule of law.

There’s still a long way to go before any of the Antifa perpetrators face actual justice. Indictments aren’t convictions, and we should expect to see lengthy trials along with a few plea bargains in the coming months.

But it seems likely that the San Diego DA and her staff are intent on going the distance in holding criminals to account, even if the goons in question are adored by Democrats and their lapdogs in the media.

By Jess Lawson, Jess Lawson is a regular contributor to The Blue State Conservative and a passionate, conservative millennial who loves America.