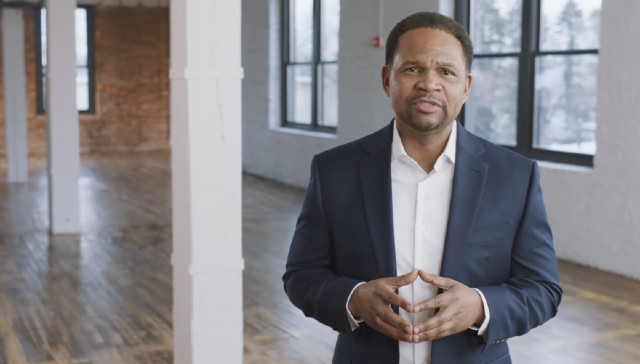 The Democratic Party needs America’s racial minorities to vote for their candidates. It’s the foundation of their entire electoral strategy:

Exploit white guilt by targeting college-educated white folks and preaching about privilege. Ensure loyalty from unionized blue-collar workers by bad-mouthing the wealthy and stirring up the envious emotions that accompany class warfare. Instill a sense of victimhood in non-Christians and the LGBTQ community. And, at all costs, make sure that racial minorities – particularly blacks and Hispanics – are Democrat devotees by demonizing your opponents.

Yep. That about sums it up, doesn’t it?

It’s a strategy that has served them well for years. But when that support begins to erode, the Democratic narrative of “Vote for us because Republicans are racist” suffers. And that phenomenon becomes particularly problematic when a racial minority not only wanders off the Democrat reservation but throws their hat in the ring of a high-profile, blue state gubernatorial election. Such is the case with Republican candidate for Illinois governor, Richard Irvin.

This should not be surprising. Democrats have never truly cared about racial equality. To them, minorities are just numbers, votes, that help them stay in power. Most of these degenerates provide just enough in the way of promises and fulfillment to entice blacks and Hispanics to pull the lever for their candidates, without ever really doing anything to solve the issues facing their respective communities.

Irvin has all the qualities that should make him a darling to Democrats. Irvin is black, was raised in housing projects by a single mother, and has already been elected to public office by becoming the first black mayor of the city of Aurora. This practically ticks off every possible box on the Democrats diversity sheet. But Richard Irvin is also an Army veteran, a member of the GOP, and a candidate who scares the living daylights out of Democrats for one main reason: He could beat incumbent Democratic Governor J.B. Pritzker in November.

It is for this reason that Democrats are pouring money into TV ads designed to destroy Irvin’s candidacy in the Republican primary election on June 28th, less than three weeks away. If Irvin was to win the primary, he would go head-to-head with Pritzker in November, and the last thing Democrats want is for the multi-billionaire Pritzker, whose family owns the Hyatt hotel chain, to have to face off against a black Republican.

How dare this man, who has all of the trademarks that liberals look for in a voter and potential candidate, turn his back on his people and attempt to rise to a position of power, ousting a chosen one of the Democratic Party. That is now how one should show gratitude!

That’s how the left thinks.

According to the Washington Free Beacon, the Democratic Governors Association (DGA) and Governor Pritzker have poured over $12 million into ads targeting Irvin over the past five weeks. The ads go after Irvin’s record as a defense attorney while simultaneously attempting to prop up one of his Republican opponents, Darren Bailey, who Democrats rightly believe to be much less threatening to Pritzker’s incumbency.

Irvin isn’t the first black person we’ve seen Democrats attack for the sin of being Republican. We’ve been seeing the phenomenon for ages and has recently become even more frequent. South Carolina Senator Tim Scott was despicably labeled as “Uncle Tim” — a vile racist term employed often by the radical left — last year for saying that our country isn’t racist; which it isn’t. Democrats go after Virginia Lt. Governor Winsome Earle-Sears at every opportunity, most recently in the wake of the Uvalde shooting. And the left and their media are pulling out all the stops in trying to damage Georgia Senate candidate Herschel Walker.

What the Democrats’ targeting of Richard Irvin illustrates, as has been the case for years, is that the Democratic Party doesn’t care about black folks, they care about power. They lecture America about black lives matter while simultaneously governing cities like Chicago where black folks are slaughtered on the streets and nothing is done. And when a black man like Richard Irvin rises from the housing projects and then has the gall to run for office as a Republican, Democrats take a bare-knuckled approach in attacking him.

Let’s hope that not only does Richard Irvin win his primary election at the end of the month, but that he also destroys J.B. Pritzker in November.