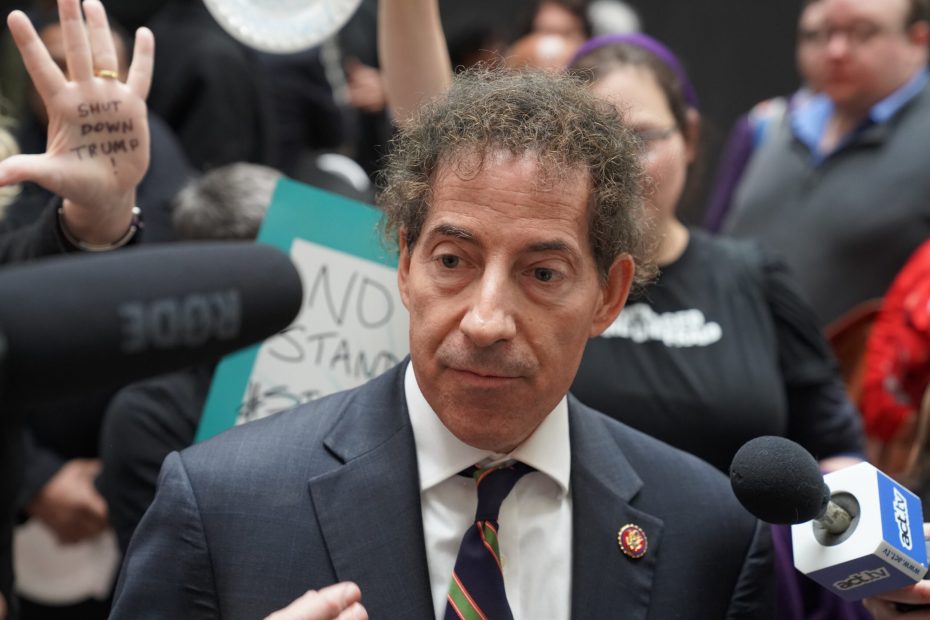 With the left already making a series of wild accusations about January 6th, from the demonstrably false idea that it was an “insurrection” to the similarly untrue claim that Trump supporters murdered multiple police officers, it’s hard to find one that outdid the rest and made an even crazier accusation.

But that’s just what Rep. Jamie Raskin, a member of the Grand Inquisition into the MAGA movement, did when he appeared on MSNBC’s Morning Joe to gloat about the hearings that took place last night, ridiculously claiming that “dispelled the thick fog of propaganda that Trump and his supporters continue to emit about what happened”.

There sure is a ” thick fog of propaganda” about what happened that day, and the hearings made the fog more visible than ever, but it’s a fog coming from the left and the likes of Rep. Raskin, not from Trump and MAGA Republicans.

In any case, Raskin, ridiculously claiming that the committee performed the honorable service of dispelling the phantom fog, said:

“We dispelled the thick fog of propaganda that Trump and his supporters continue to emit about what happened. It’s very clear Donald Trump was hell-bent on staying in office, regardless of what the American people had to say about it.

“He promoted the big lie, they propagandized people with the big lie, and then he engaged in this multi-step conspiracy to try to destroy Joe Biden’s lawful majority in the Electoral College, culminating on January 6, where they unleashed terrible mob violence against our police officers.”

That’s the most ridiculous thing the left has claimed about the committee and about January 6th yet; the inquisition did no such thing, it just blasted the leftist propaganda surrounding the whole thing even louder.

But Raskin didn’t end there. He went on to claim that the trespass was a “massive assault on police officers,” ignoring, of course, the summer of riots following George Floyd’s death, saying:

“And I was thinking last night, the thing that jumped out at me as I was looking at this was you have a party that claims to be on the side of law enforcement and the police and yet are turning a total blind eye to the most vicious, massive assault on police officers any of us has ever seen in our lifetime by a domestic mob, and they’re trying to sweep it under the rug, as Kevin McCarthy said he wouldn’t do. But that’s precisely what they’re trying to do. They’re trying to cover up the whole thing.”

Continuing, he went on to label a trespass into the “people’s house” “sedition”, saying:

“So, I think the public is starting to get the picture of three rings of sedition that took place on January 6. One ring was this crowd that turned into a violent mob that set upon the police.

“A middle ring of insurrection of domestic violent extremist groups like the Proud Boys, the Oath Keepers, the QAnon networks, the militia groups which smashed our windows, attacked our police, and then led the occupation of the Capitol, driving members of Congress out of the Capitol and shutting down the peaceful transfer of power for the first time in American history.

But then finally, the inner realm of the coup, those that Donald Trump had convinced to spread the lie around the country with and then were willing to do anything in order to keep him in office. And we’re going to tell the specifics and details of that story. What you’ve seen so far, as shocking as it is, is just a fraction of the evidence that we’ve assembled.”

It’s delusional drivel. He might accuse Republicans of spreading propaganda, but it’s clear that the left is the side actually doing that.