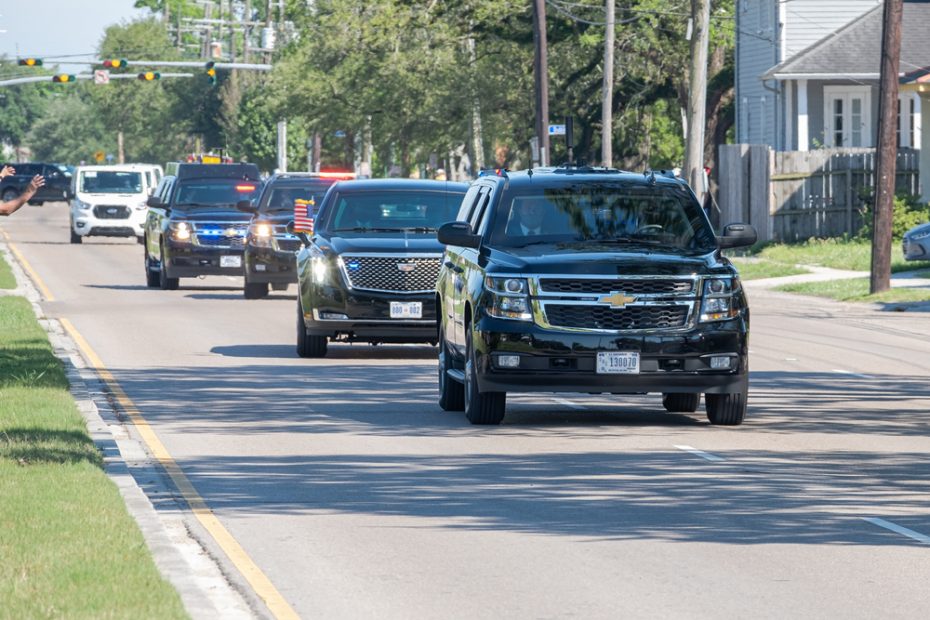 A loud-mouthed protester thought it was acceptable behavior to rush the motorcade of a sitting United States President and the Secret Service had other plans. The mouthy woman was prancing around way too close to Joe Biden, and despite how badly he’s doing in the White House, he’s still president, and no one is allowed to get this close to one. Secret Service took her down and she got man-handled, but still kept running her mouth.

WATCH THE VIDEO, originally posted by Hailey Winslow of FoxLA:

This took place in Los Angeles when President Biden was in town for the ninth Summit of the Americas. The protesting woman went into an area that was specifically blocked off from residents and onlookers so that the motorcade could travel through safely.

But she didn’t follow the rules and galloped right into the restricted area and walked up to the motorcade itself, screaming and yelling nonsense loudly into her megaphone.

The Secret Service jumped right into action, moving her away from the presidential motorcade and tackling her to the ground. She began yelling at the agents/police for doing this. Another woman was nearby and she constantly yelled at the police as well.

The protester could be seen resisting the take-down, even ripping off the officer’s glasses and hat while continuing to yell about her cause, which sounded like abortion rights.

The protesting woman, as she’s getting handcuffed, was yelling: “Get the f— off me…. An abortion ban will not stop abortions – only safe ones.”

After her arrest, the chief of communications for the Secret Service released a statement. Anthony Guglielmi’s statement said:

“Shortly after 5 p.m., an adult female entered a restricted roadway along a motorcade route on Chick Hearn Ct in Los Angeles… As the woman approached passing vehicles, a United States Secret Service agent swiftly removed her from the roadway and placed her into custody. There was no impact to the motorcade movement or our protectees. Our investigation into this incident is ongoing.”