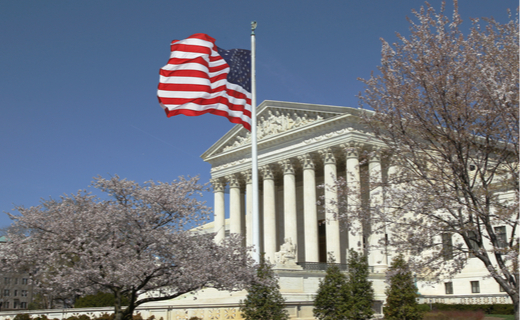 He was arrested after reporting himself. Nicholas was armed with a gun, a knife and pepper spray and had made violent threats against Kavanaugh, sources said. He is charged with attempted murder against a U.S. Supreme Court justice. His first appearance in court is scheduled for Wednesday afternoon in a Maryland federal court.

He was quoted as telling officers that he wanted to “give his life a purpose” and bought the gun and other items to break into Kavanaugh’s house and kill the judge and then himself. Roske stated to detectives that “he was upset by the leak of a recent draft Supreme Court decision regarding abortion rights as well as the recent school shooting in Uvalde, Texas,” per the affidavit.

At approximately 1:05 a.m. Wednesday, two U.S. marshals noticed an individual, subsequently identified as Roske, dressed in black and carrying a backpack and suitcase, exit a cab that had pulled up in front of Kavanaugh’s Montgomery County home. The individual turned to walk down after seeing 2 marshals in their vehicle, per report.

Shortly thereafter, the Montgomery County Emergency Communications Center answered a call from Roske, who told the operator that he “was feeling suicidal and had a firearm in his suitcase.” And “that he came from California to kill a specific U.S. Supreme Court Justice,” the affidavit states.

The officers were sent to the location near Kavanaugh’s residence, where they found Roske still on the phone. He was placed in custody without further incident and a suitcase and backpack in his possession were seized.

U.S. Attorney General Merrick Garland discussed the incident at a pre-scheduled press conference to update the federal investigation into the shooting in Uvalde, Texas.

“This kind of behavior, it’s obviously behavior that we will not tolerate,” Garland said. “Threats of violence and actual violence against the justices of course strike at the heart of our democracy. We will do everything we can to prevent them and hold people who do them accountable.”

Garland said he has expedited protection of all judges’ residences 24/7 and had a meeting with the marshal last month. He said he also convened several meetings “to ensure all available data protections.”

The arrest occurred hours before the Supreme Court announced Wednesday that it had not ruled in Dobbs v. Jackson Women’s Health Organization, adding to the wait for its opinion that would overturn Roe v. Wade, the 1973 decision that guaranteed a woman’s right to an abortion.

The Department of Homeland Security released a new bulletin Tuesday alerting to an “increased threat environment” in the coming months citing other recent major events, including mass shootings in Uvalde, Texas, and Buffalo, New York, the DHS update reiterating from its previous bulletin that pro-life and pro-choice individuals have called for violence against government, religious and reproductive health personnel and facilities as a response to the much-publicized U.S. Supreme Court case.