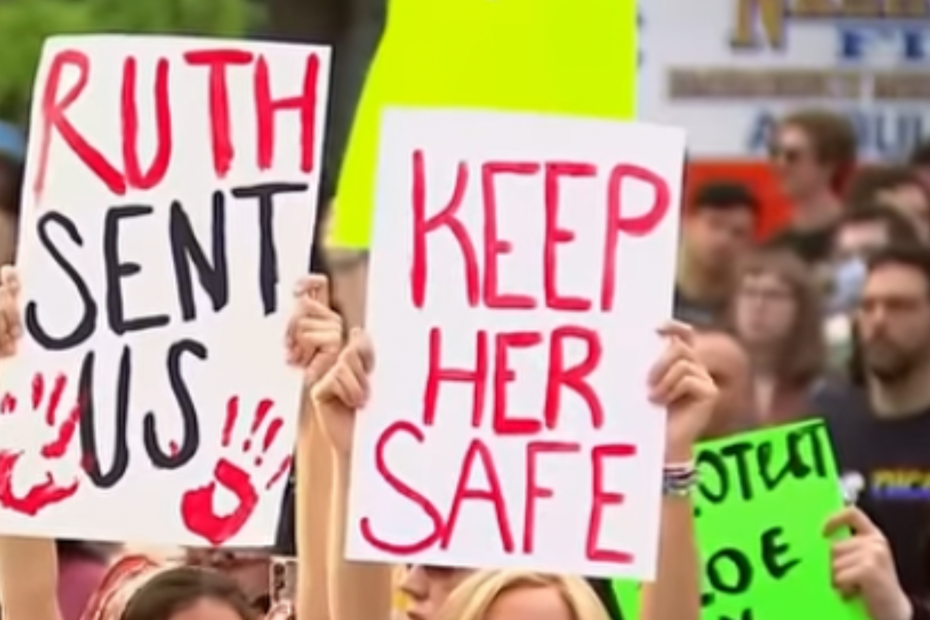 If you’re surprised that a man just tried to kill Justice Brett Kavanaugh for his reported plans to vote to overturn a law that effectively legalized the slaughter of millions of unborn babies over five decades, you clearly have been living under a rock.

The radical left has been shamelessly open about their bloodlust, particularly when it comes to threats against their sacred “right” to maim and dismember unborn babies in the womb, and this has hardly been more apparent than the last several weeks of protests which have followed the release of a draft opinion from the Supreme Court indicating that Kavanaugh and his conservative colleagues plan to vote to overturn Roe v. Wade this summer.

As the group Jane’s Revenge gleefully firebombs pro-life pregnancy centers and pro-life groups and vandalizes churches, activists have been holding boisterous protests outside the justices’ houses in the greater D.C. area, clearly taking a page out of the 20th Century fascists’ playbooks when it comes to strong-arming their progressive agenda into power.

Yet still, one can’t be blamed for being at least slightly surprised that, even after years of riotous, sometimes murderous violence in the streets of America’s major cities, which the left-wing establishment happily labeled “mostly peaceful protest” and compared to storming the beaches at Normandy, the group which doxxed Kavanaugh is planning a protest outside his home just hours after some deranged, murderous psychopath was arrested for trying to kill him.

This is violent mob rule, and our activist operatives in the federal government won’t do a darn thing about it, you can be sure.

For us plebs, we’ve got to thank God the Second Amendment hasn’t yet been fully dismantled.

Ruth Sent Us, the radical left-wing group that posted the home addresses of six Supreme Court justices online last month, is planning to stage a protest outside Justice Brett Kavanaugh’s home Wednesday evening, hours after an armed man was arrested there for allegedly threatening to kill Kavanaugh.

The private home addresses of six Supreme Court justices, including Kavanaugh’s, were posted online by Ruth Sent Us in May after a draft majority opinion for Dobbs v. Jackson Women’s Health Organization was leaked to Politico. The draft document, authored by Justice Samuel Alito, explained the court’s reasoning for upholding Mississippi’s 15-week abortion ban and overturning its precedent in Roe v. Wade.

Though there is not yet an official decision by the court, pro-abortion rights activists seethed and began possibly illegal demonstrations against the impending decision outside the private homes of the Republican-appointed justices.

When the Washington Post broke the news Wednesday that an armed suspect making threats against Kavanaugh’s life was arrested outside his home, Ruth Sent Us downplayed the incident on Twitter and denied reports that the suspect was carrying a gun and a knife.

The group responded with mocking, politicized tweets distancing themselves from the shooter and showing literally no compassion for the human beings whose lives he threatened — because, of course, they’re probably bummed he wasn’t successful.

No, they’ve got to satisfy themselves with dancing on the graves of millions of babies rather than Kavanaugh’s.

We are committed to non-violence.

Fundamentalists will talk non-stop about how our peaceful protests inspired this, rather than the daily mass-murders in America.

Oh, what was this “weapon” the “California man” had? If it was a gun or even a knife, police would say so.

We offer our thoughts & prayers to Brett & Ashley Kavanaugh after a California man arrived by taxi near their home, armed with a gun & knife, then called the police on himself to confess his murderous rage against the abusive alcoholic “Justice”.

And yes, they promised, they’d be back out there again that very evening.

Yes, it will. We’re protesting peacefully at his home again tonight.

The irony is insane. The mass murder that happens in America’s streets, of course, is typically perpetrated by criminals who wield their guns illegally, purchased from criminal gun pushers who enjoy the kushy protections of Soros-backed DA’s who will put them out on the streets hours after their offenses, if at all.

Meanwhile, exponentially more people die in abortion clinics across the country, abortion clinics which Ruth Sent Us hopes will remain fully operable if they manage to scare sitting Supreme Court Justices into submission.

And of course, they’ll declare this is all “social justice.”