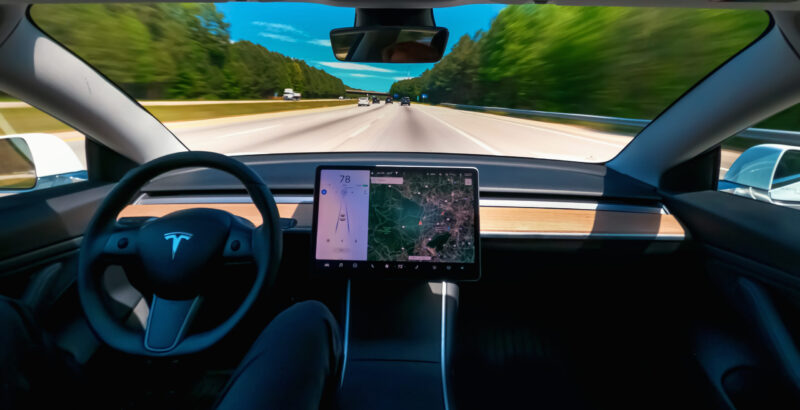 In spite of the billions of dollars already invested in green technologies, especially in electric vehicles, the reality that zero-emissions proponents are running into is that there is a lot more development that needs to be done.

The far left is asking the average consumer to seriously consider making the leap to a zero-emissions lifestyle, including electric vehicles, marketing the idea that it can now be done without losing any loss in their quality of life.

Wall Street Journal reporter Rachel Wolfe recently decided to see how an electric car would do on an extended road trip. She wanted to test America’s current electric vehicle capabilities and public-charging infrastructure.

Wolfe’s vehicle of choice for her road trip from New Orleans, Louisiana to Chicago, Illinois, was a brand-new Kia EV6.

In what might surprise some, according to this adventurous journalist, it’s not time to move on from gas-powered vehicles.

By the end of her exhausting trip, she said the fumes of gasoline — though particularly expensive at the moment — “never smelled so sweet.”

In her column for the newspaper article published this month, the reporter documented the journey with all of its pitfalls. Her article headline expressed her frustrations; “I Rented an Electric Car for a Four-Day Road Trip. I Spent More Time Charging It Than I Did Sleeping.”

Here is a list of some of the issues that made her appreciate her good old fashion, gasoline-driven combustible engine vehicle, even more.

Her vehicle’s battery had a shorter range than expected, the charging cords were finicky, several charging stations provided slower-than-advertised time frames, and large segments of the interstate system offer ZERO “fast” charging stations, among other hardships.

Similar to the estimated, while tested in perfect conditions, gas mileage numbers provided by the manufacturers of gas-powered vehicles, the couple had to make several changes to their trip and pre-planned schedule due to unexpected battery draining too quickly along the highway.

When Wolfe contacted Kia for an explanation, she was told:

“Factors such as average highway speed, altitude changes, and total cargo weight can all impact range, whether derived from a tank of gasoline or a fully charged battery,”

They missed several reservations because of the slower-than-expected charging stations along their route. “It turns out not all ‘fast chargers’ live up to the name,” Wolfe remarked.

“The biggest variable, according to the State of Charge, is how many kilowatts a unit can churn out in an hour,” she wrote. “To be considered ‘fast,’ a charger must be capable of about 24 kW. The fastest chargers can pump out up to 350.”

Unfortunately for Wolfe, her charger of choice in Meridian, Mississippi, which claimed to meet that standard, in reality, had trouble cracking 20kW. It was one of many along the way that took hours more time than anticipated.

As a result of the extended charge times, EV drivers are often forced to spend money while they kill time at nearby Starbucks or fast food restaurants.

To make up for lost time during their return trip to New Orleans, they left Mississippi at 4 a.m.,  giving themselves plenty of margins in case something went wrong during the last leg.

This ended up being a good decision as barely made it back, pulling into their final destination with just 30 minutes to spare.

On the financial side, they estimate they saved $100 by buying electricity instead of gasoline.  However, “That $100 savings cost us many hours in waiting time,” Wolfe clarified, adding, “that’s not the whole story.”

Of course, the $100 savings doesn’t reflect the cost of any $6 frappuccinos and/or other snacks they purchased while waiting for the charging to complete each time.

This story confirms that EVs may save you some money when used locally, but they are not the best option for cross-country journeys, at least as of 2022.