Executives warned retailers of baby formula shortages in February, Biden says no one told him until April 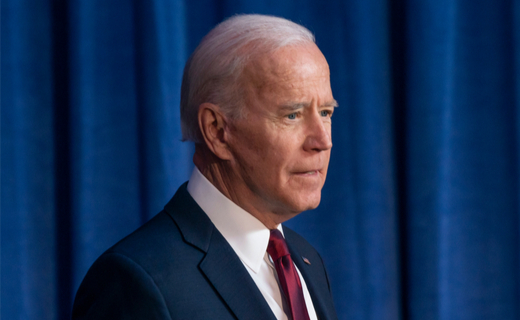 President Joe Biden continues to state that he wasn’t aware of an infant formula shortage until April, despite the fact that baby formula producers said they had warned shops two months prior to it.

“We knew from the very beginning that this would be a very serious event,” said a senior vice president of Reckitt, Robert Cleveland. Reckitt is a producer of baby formula.

Biden and executives from five baby formula producers met virtually at the White House to discuss the administration’s attempts to increase formula manufacturing to address the shortage.

The event that started the crisis was the one when Abbott Nutrition’s plant in Sturgis was closed for safety reasons on the 17th of February. Abbott produces 46.2 percent of all baby formula in the United States, with approximately a quarter of that produced at the Michigan plant in the past.

“From the moment that recall was announced, we reached out immediately to retail partners like Target, Walmart to tell them this is what we think will happen,” Cleveland told Biden.

“I don’t think anyone anticipated the impact of the shutdown of Abbott facility,” Biden said following the 50-minute meeting, shortly after producers mentioned the predicted shortage, said a report.

“They did, but I didn’t,” Biden said, emphasizing that he wasn’t aware of the issue until April. “We did everything in our power from that point on. That’s all I can tell you right now. And we’re going to continue to do it together.”

Karine Jean-Pierre, White House press secretary, added that the administration has adopted the so-called “a whole-of-government approach” since “Day 1 of the recall” of the Abbott formula in February and that Biden was notified about the whole ordeal later.

“What you hear from the president is his frustration with this issue itself,” she said.

Abbott executives were not present at the White House meeting. When questioned why Abbott was not invited, Jean-Pierre cited the company’s cooperation decree with the FDA, which specifies the standards that must be met before production can resume.

“That process is ongoing and should remain between them,” she said.

Executives from five baby formula manufacturers – Bubs Australia, ByHeart, Gerber, Reckitt, and Perrigo – were in attendance, and they are collaborating with the Biden administration to cover Abbott’s production hole. President was accompanied by Secretary of Health and Human Services Xavier Becerra and Surgeon General Vivek Murthy.

Biden praised his administration’s attempts to enhance production through “Operation Fly Formula,” which seeks to import infant formula from other countries, and by exercising wartime powers through the Defense Production Act while speaking to CEOs that were attending the virtual meeting. Three months after the Abbott facility closed, both actions were disclosed in May.

“There’s nothing more stressful than the feeling you can’t get what your child needs,” Biden said.

Operation Fly Formula should solve the shortage issues. Namely, the US will get the third and fourth rounds of shipments. Over a three-week period beginning the 9th of June, United Airlines will ship more than 300,000 pounds of Kendamil formula — almost 3.7 million 8-ounce bottles – at no cost. The goods will be delivered to airports around the country from London.