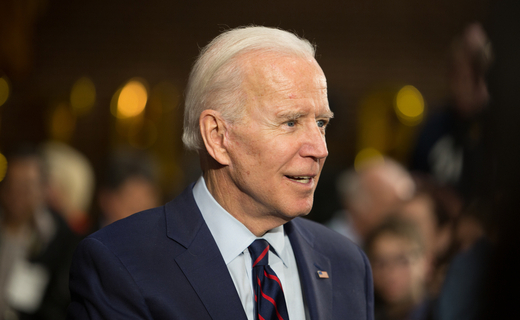 Treasury Secretary Janet Yellen stated on Tuesday that the United States is experiencing “unacceptable” levels of inflation. The staggering inflation levels come as a result of the COVID-19 pandemic and Russia’s war in Ukraine. Yellen promised to lower the cost of common products by taking an “appropriate” budgetary approach.

“We currently face macroeconomic challenges, including unacceptable levels of inflation as well as the headwinds associated with the disruptions caused by the pandemic’s effect on supply chains, and the effects of supply side disturbances to oil and food markets resulting from Russia’s war in Ukraine,” Yellen stated while testifying before the Senate Finance Committee.

According to Yellen, President Biden’s proposed spending legislation may help many American households save money by reforming the prescription medication market and implementing sustainable energy projects.

Beyond that, she offered few options for taming the highest inflation in nearly four decades, noting that any actions done by the White House or Congress would just be a complement to the Federal Reserve’s initiatives.

“To dampen inflationary pressures without undermining the strength of the labor market an appropriate budgetary stance is needed to complement monetary policy actions by the Federal Reserve,” Yellen noted. “Moving forward, elements of the president’s proposed legislation – including the clean energy initiatives and plans to reform the prescription drug market – can help lower the costs paid by American consumers.”

Last week, the White House took steps to address growing public dissatisfaction with rising inflation by emphasizing that officials are maximizing efforts to get prices under control before the following midterm elections, per report.

During a meeting that took place in Oval Office, Biden openly expressed his concerns regarding inflation, though he also sought to shift criticism for rising prices, arguing that managing inflation mostly falls under the central bank’s purview. The White House has been increasingly attempting to deflect blame for rising prices to the Federal Reserve, despite polls showing that people are concerned about inflation, which has been hovering above a 40-year high for months.

“My plan is to address inflation. That starts with a simple proposition: Respect the Fed, respect the Fed’s independence, which I have done and will continue to do,” Biden said.

According to a study released by the Labor Department last month, the consumer price index increased by 8.3 percent in April, indicating that inflation remains high. On top of that, petrol prices hit another all-time high on Tuesday, with a gallon of gas costing $4.91 on average, marking an increase of 40% when compared to the prices one year ago.

Most analysts now expect high prices to last the rest of the year, adding to Biden’s and the Fed’s political woes. Officials in the administration have already admitted that they did not expect last year to turn out the way it did.

“I think I was wrong then about the path that inflation would take,” Yellen said last week during an interview on CNN. “There have been unanticipated and large shocks that have boosted energy and food prices, and supply bottlenecks that have affected our economy badly that I… at the time, didn’t fully understand.”